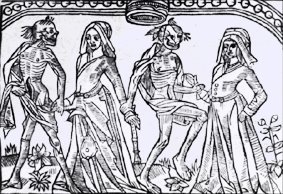 I'm more behinder than usual, even, but I didn't want to let last Friday's Gallup poll (Gallup News story here; interesting quotes at Mercury News there) pass without a mention. Twenty percent of your fellow citizens say "Immigration" is the most important problem facing the country, trailing only the 29% who answered "Iraq". Our new #2 problem has never polled in double digits before.

No, really. It's like reading that Americans think "Simon Crowell's bad attitude" or "That commercial with the annoying song" is among the nation's most pressing issues. And I have yet to convince myself that saying even that much isn't superfluous.

But there's more: first, among self-identified Republicans and "leaners" immigration actually tops Iraq 27-25, thereby putting to rest for all time the claims that "short" "brown" and "talks funny" have nothing to do with the war. And second, there's the comments of the Poll's editor-in-chief Frank Newport, who apparently was embarrassed enough by the results to just toss all pretense out the office window:

The surprise of the poll was immigration's surge, he said, because it had never polled above the single digits until the issue exploded recently with massive protests and a bitter Senate debate.

"It's not a problem that Americans on their own perceived," Newport said. "They're not anxiety-ridden over immigrants or afraid to see their jobs taken."

While he predicted concern over immigration would fall if politicians stop talking about it, he said the intensity of feelings about Iraq is far deeper.

"In poll after poll, month after month, Iraq is at the top," he said.

Well, now, if it's just a concern because politicians are talking about it, maybe you should just poll politicians. I like the corollary, too, the Grand Old Talking Point ever since 'Nam: if the news would stop talking about it the war would go away.

But seriously, at least one in five Americans is now officially clinically insane, and willing to let a stranger on the telephone in on it. And that doesn't count the ones who aren't polled because we've already locked them up. Until "The basic uninformed ignorance and ovine attention span of a large number of Americans" turns up on the Top Five we're not gettin' out of this.

You know, and it's funny, because dying in Iraq is one of those dirty jobs americans don't want to do that immigrants are starting to take.

Hey, isn't that Simon guy an immigrant? I mean, he has a funny accent, doesn't he? I think we could solve a couple of America's problems by deporting him first.

And, yeah, our peoples are stoopid.

This is nothing. I remember the good old days where they could whip 'em up about flag burning in 3 seconds flat. At least immigration actually happens.

Last year I was really worried about Social Security bankruptcy. But now I realize that I should really be worried about illegal immigration.

I can't wait to be really worried about something next year!

I'm inclined to think that the most important problem facing the country is Tony Zirkle, but that only started yesterday. Furthermore, it's cause for great concern that cutting edge anti-gaysters like Tony and Doug look like they are really into hair products. I prefer my fervent anti-homosexuals to look more like Brent Bozell, and I'll tell any pollster who asks me.