Is It Too Soon To Start Talking About The Douthat Curse? 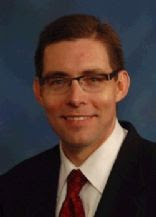 You see through the peephole that this
is the guy ringing your doorbell. You:
A) Look for the earplugs.

B) Try to figure out where your Poor Wife hid the ammo.

C) Open the door just long enough to say, "Thanks, I already know God's plan for my salvation."

D) Open the door and sell him a $ billion POS privatization of Indiana's Family and Social Services Administration, sweetening the deal, if necessary, with the possibility of a peek up Ann Coulter's skirt or an upgrade to Starfleet Admiral.

SO the same day the Teenager Who Co-Saved the Republican Party touts Mitch "The Bantam Menace" Daniels for President, local Channel 13 suddenly awakens from a five year, We Got Eastern Daily Savings Time and $ Millions of Daniels' Campaign Ad Buys-induced slumber to notice that the Daniels administration job creation numbers are, I believe the legal term is "like Twinkie filling, but with more air".

Those numbers are being husbanded by serial boondoggler E. Mitchell "Isn't This Enough Evidence To Keep Anyone Named 'Mitch' Th' Hell Away From Government, Ever" Roob (rhymes with "sociophobe"), Jr. (above). Roob's the guy who ramrodded the privatization of Indiana's FSSA to Affiliated Computer Services, which just happened to be his former employer; it was the deft way Mitch Daniels disassociated himself from that billion-dollar stinkbomb--two years later, and after the contract had been paid up--which so impressed Young Douthat the other morning. As is so often the case, sadly, in modern life, Poor Mitch Roob was scapegoated for that complete and utter disaster just because he was to blame, a situation the Governor remedied by finding Roob a niche as Indiana Secretary of Commerce. I admit this was a canny move, as I, for example, not only completely lost track of him, I can't say I ever remember that Indiana has a Secretary of Commerce, let alone why; this sort of thing always seems to escape the attention of keen-eyed, Business Model budget slashers and Big Gubment opponents, most of whom must realize that, as with most executives, the real work's being done by his secretary and the receptionist, and we could get the two combined to handle the job for just the raise Daniels gave Roob when he kicked him upstairs.

Anyway, the Indiana Secretary of Commerce (Roob's predecessor was a woman who designs handbags. And not the sort of handbag which makes you say, "Boy, was that handbag ever designed!") 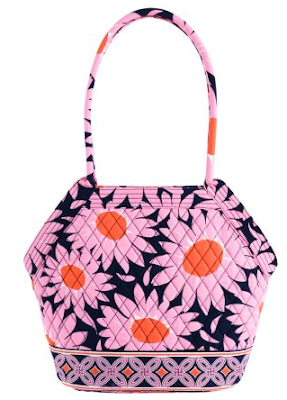 is also CEO of the Indiana Economic Development Corporation, which is a good deal, since basically that is what Daniels changed the name of the Indiana Department of Commerce to the minute he took office, on the grounds that "Commerce" is something a few behind the times--like all Daniels opponents--Constitutional scholars believe can be regulated, and because somebody in Legal talked him out of "The Ronald Reagan Department of Reaganomics Corporation". In other words, the Indiana Secretary of Commerce does not actually have a portfolio, just a "CEO" for his letterhead, a webpage, and steady work supervising the enormous number of apples which must be polished to overcome Mitch Daniels' personal loathsomeness.

And polish he did; Channel 13 says 40% of the jobs he touts are vaporwork.

Mitch refused comment on the story, until yesterday, which is really what I wanted you to see: the Cornered Rodent Petulance when someone dares question his superior brain is Back! The fact that Daniels was willing to risk breathing the same air as mere mortals, something he last did at the 2008 State Fair, just before Election Day, is highly suggestive that he still imagines he's got something to lose. And look, we keep tellin' ya it's Chief of Staff, unless Chamber of Commerce hod-humpers like Douthat and Rich Lowry don't wise up and stop feeding his Ego.

In case you weren't counting, Mitch made five claims there, and the only one which isn't total bullshit was "in a Recession some jobs don't materialize". It should be fun seeing him on the national campaign trail. I hope so, at least; it'd be the first time I'd ever enjoy listening to him. And you've got to wonder how many Daniels provocations Mitt Romney already has on ice, or how long Mitch could stay on his podium box if some Teabagger or other started making with the catcalls.
By the way, there's no truth to the rumor that I was planning on waiting until the end of the post to suggest that Roob's Nosferatu-like survival skills in the Daniels administration have anything whatsoever to do with his (Roob's) having been COO of the Indianapolis Water Company just when Daniels and a few dozen insiders unloaded the stock right before it--and thousands of its pensioners' retirements--crashed on news the city of Indianapolis was hell-bent on taking it over so it could be privatized. Daniels was the only one who emerged unscathed, because he was only following orders to unload the stock before he took over the OMB. Just like Cheney. Because I haven't a scintilla of evidence. And I can't plan that far ahead.

D) Open the door and sell him a $ billion POS privatization of Indiana's Family and Social Services Administration, sweetening the deal, if necessary, with the possibility of a peek up Ann Coulter's skirt or an upgrade to Starfleet Admiral.


--and just had to pause and savor the awesomeness that is Doghouse. think I could pitch my tent right at the foot of that list and look up at it and laugh for the rest of the day.

Also. You know I have the greatest respect for your sense of reality but I believe that that handbag is a work of fiction.

Dang, looks like you got the head start in the media going after (please make it so) your crooks. Here in Ioway, they haven't yet begun to realize what an assfucker Grassley is, but I can hope.

Mitch Roob (from the article): "the first step toward the path of successes."

The force is strong in this one. Mitch's verbal skills suggest he will go far.

Point me toward the path of successes. Also.

I can't stop smiling. This is excellent. Thanks.

I am delighted the teevee people finally seem to be catching up to where you were, c. three or four years ago.

I hope your Poor Wife gave you a pat on the back when that segment aired, because you deserve one.

Keep hammerin'. You're doing good work, and doing it well.

That business with the documentation about jobs reminds me of the anecdote of the meeting in Moscow during Soviet days. A journalist wanted to attend. The doorkeeper told him "You can't get in without a pass." "Where do you get a pass?" the journalist asked. "Inside" the doorkeeper replied.

Doghouse, you really need to tee off on Mona Charen. Judging by her column appearing today in the Springfield (MA) Republican, also known as the western Mass version of Volkischer Beobachter, she just LOVES her some Mitch Daniels, and thinks the nation cannot survive without him.