It's Okay America, The Guy Who Killed Cameron Todd Willingham And Then Tried To Impede The Investigation Is On The Case 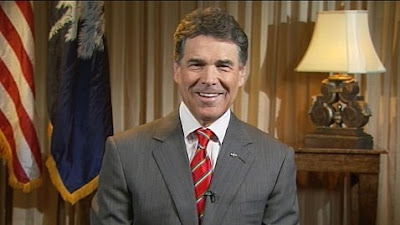 VIA Pierce we hear that  the investigation of the West Fertilizer explosion has definitely concluded that something or other sparked the explosion. Quite possibly some sort of ignition:

WEST (May 16, 2013)—The State Fire Marshal's Office and Bureau of Alcohol, Tobacco, Firearms and Explosives have identified three possible causes of the fire that caused the deadly April 17 fertilizer plant explosion in West, two accidental and the third intentional, officials said during a late afternoon news conference Thursday.

Investigators determined that the fire that led to the powerful explosion was caused either by a battery-powered golf cart that was kept in the fertilizer and seed building in which the fire started, the building’s 120-volt electrical system or by an intentional criminal act, said Robert Champion, special agent in charge of the Dallas office of the ATF.

Good news if you had "Either an Accident, or Arson" in the office pool.

Guess it might be good news, or as good as you're going to get, if you're trying to prosecute that West paramedic for making pipe bombs, also.


The total amount of ammonium nitrate on the site was about 150 tons, less than 270 tons that federal records indicated was stored at the plant.


Ah, so only 750 times the amount that was supposed to trigger the federal reporting they didn't do. Not the 1350 times reported earlier by the lying Media. What was all the fuss about?

By the way, the owner of West Fertilizer, Donald Adair, didn't get any mention at all. Damed Media; always ignoring the Jobs Creators.


Labels: Guaranteed Not To Turn Pink In The Can
Email ThisBlogThis!Share to TwitterShare to FacebookShare to Pinterest

And Job creators, too.

He is so weird looking...he looks like a cross between Mitt Romney and George W.
With maybe a smidgeon of Alfred E. Newman...

I hesitate to think that poor decisions from Rick are willful as he seems to be a very dim bulb. HOWEVER, after reading The Star's latest expose on the abuse of gambling money, grants and the IEDC under "Not My Man",I think it's pretty obvious that he KNOWS what he is doing. And why didn't anyone question these piss poor decisions while he was in office I'll never know.

Hey, at least they kinda ruled out lightning or the Will of God. That's progress.

I love this post because it is very very interesting.Thanks you very much for shearing this article

Why is this so?

Rick Perry is the shitstain Shrub left on the guest towels before leaving for Washington.

Begs the question -- how many fertilizer and farm chemical plants are located in the heart of small farm towns all over the nation? How many of them have polluted the ground water? How many of them would seriously pollute the towns with similar fires, explosions, tornados, etc.? Industrial Ag is largely exempt from even any one seriously questioning, let alone monitoring and enforcing its way.

Prairie cur: If that were public information, then teh Terroristists would know! And they might blow up a factory! Or place toxic chemicals in our groundwater!

For anyone in search of useful info on great and exclusive higher education in Nigeria, visit www.unn.edu.ng