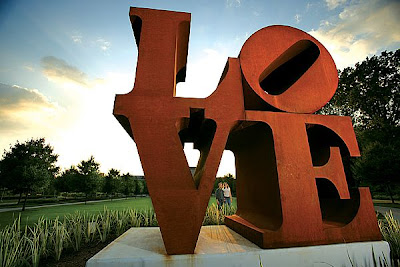 • Our National Anthem, that one-point-five octave 17th century drinking song limning a war we lost, was sung at the opening of last night's NFC Championship game by some wanker from FOX's American Idol. In Nouvelle-fucking-Orléans. Seventy-thousand people accepted this as the natural order of things.

• The reason my third favorite moment of the playoffs so far was the Colts win over the Jersey Jets has little to do with fandom, and almost everything to do with the fact that the goddam citizenry booed a 14-0 team because it rested its starters through two meaningless games.

• Which, by the way, led the NFL (Motto: All The Competence of the NASCAR Competition Committee, Applied To Sports!) to make grumbling noises about "the integrity of the game" while simultaneously "affirming" that the Colts did nothing wrong, unethical, or even questionable. Someday archaeologists are going to have to explain how dozens, even hundreds, of our fellow citizens could be driven into the nation's streets, public parks, and dirt tracks to protest a possible 5% improvement in the health-care system that was bankrupting them, but blatant, self-serving fabrication flies like a weather balloon over the tundra.

• Speaking of NFL rules, it would seem to behoove them to either 1) let the refs in on them or 2) let the rest of us in on the Double Golden Top Secret Rule Book they actually work from. (The latter is not a crack, nor a figment of my imagination; alone among major sports, the league keeps the exact rules given its refs a secret). They passed The Brady Rules to protect quarterbacks, then let Brett Fah-vu-ruh get shellacked, apparently on the grounds that the Saints were doing it strategically rather than tactically. And yes, the Colts got away with one, too, although it wasn't much of a hit, so far as you could tell from the only replay shot CBS had, which seemed to come from the Blimp. I'll be glad to trade the penalty if we can have the ref move off the ball when he was supposed to on that quarterback sneak, rather than standing over it while the Jets completed their substitutions. And for the life of me, how do they keep missing replay calls? I'm not sure where they saw the interference, let alone a catchable ball, on that OT call against the Vikes, and the following reception call is difficult to explain, though we have to allow that they've now fucked with the rules to the extent that the fan has no real idea what does or doesn't constitute a catch.

• But then, ye gods, can someone who knows the game explain th' fuck Minnesota was doing on that last series? I don't care who your kicker is, displaying beatific plerophory at the thought of a 51 yard attempt is religious insanity. And I know you'd displayed an inability to hang on to the football that rivaled George W. Bush's inability to find an exit door, but sheesh. We're spoiled in Indy, but the Colts would've run two plays in the time it took you guys to get up to the thirty-five and run up the middle for a loss.

• Which brings up an attendant point: how come the Colts do the hurry-up/ no huddle so much better than anyone else? When Miami had a little success with the Wildcat early in the season, half the league started direct snapping. The Colts have been doing this for ten years.

• Speaking of ten years, my second favorite moment of the playoffs has been when the Colts-Ravens announcers (Dan Dierdorf and Greg Gumble, IIRC) riffed on Manning's "happy feet", which was the CW knock on the man for nearly a decade. Ooooh, look, he's moving his feet in the pocket! He's afraid to get hit! Shifting your weight quickly from foot to foot in the pocket is apparently the one cardinal sin in all of sports mechanics and a Tell bigger'n Boris Becker's tongue. Dierdorf allowed as how maybe that sort of talk was now, oh, disproven. No, Dan, that sort of talk is now, officially, idiotic. Disproven is what it was at the time. But props to you guys for bringing it up in an industry where the shelf life of the average expert comment is twenty seconds.

• My favorite playoff moment, though, comes courtesy our local media, one division of which went around sticking microphones in the faces of Jets fans in town for the game, asking them how Indianapolis compared to New York. Really. I'm not sure what they expected; maybe "Nice clean place you got here" or "Where do you hide the attractive hookers?". I was left to ponder whether, if the Pope ever comes to town, they'll ask his entourage how that Robert Indiana "LOVE" sculpture compares with the Pietà. And one guy says, "Are you kiddin' me? [my Poor Wife recalls this as "Have you looked outside?"] This place is a dump!" Which was not just hysterical in its own right (it had the distinct vibe of Bush being interviewed by that Irish journalist who unexpectedly asked him questions, except with the roles reversed) but doubled the amusement when they went back to the anchor desk and at least one of the hairdos was visibly upset about it. Though my guess is if the guy'd said, "This place is a dump, but lemme tell ya, you've got some first-rate reporters here," it would've gone down like mint tea with honey.

Labels: Public Displays of Affection
Email ThisBlogThis!Share to TwitterShare to FacebookShare to Pinterest

If I visit your town for the Final Four I will do my best to ask any microphone holder who buttonholes me "Where are the attractive hookers?" or "Is that stench coming from the stockyards or did you forget your Beano this morning?" or "Where can I get a life-sized Mitch Daniels statue for my front yard?" or "I think your fair city is nicer than Beirut, except that Beirut has a beach."

I'd have to guess that the odds are against the phrase "beatific plerophory" ever having appeared in an essay on sports, anywhere in the universe. I'd bet on it.

Mr. Manning is fun to watch.

On the way to pick up provisions before the games yesterday, I foolishly tuned to the sports radio geniuses discussing the impending Colts-Jets game.

Host Genius was interviewing Guest Genius, a Sports Radio "Personality" from Indy. His learned [read: bizarrely inductive] argument was that "hey, we have the Indy 500, so we know something about fast defenses around here."

(Also: Who among us declares that they will defeat the New Orleans National Football League franchise?, and so forth.)

We New Orleanians did not approve of the awful rendition of that stupid song. Wynton Marsalis and Harry Connick Jr. must have been busy. America (Ray Charles version) should be the national anthem.

Fond memories of a winter spent at Fort Ben H - my first glimpse of the War Memorial, and the immediate thought: "Town With the Universe's Biggest Hard-On for Army Surplus."