Well, Yes And No 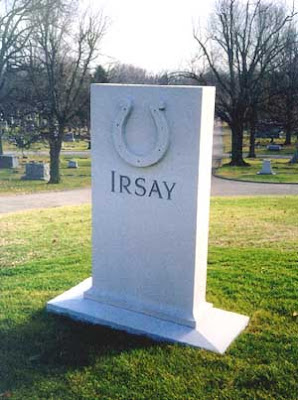 SLATE recently adopted the new Comment technology that's so popular on the internets, which led me to consider, one idle hour, swapping my regular time-wasting for a career of replying to every single one of their items, "I agree. But the opposite is also the case."

Lemme ask ya: what do you say about a piece that notes about Senator/ Spokesdick Scott Brown that he "has signed a no-new-taxes pledge and called for an across-the-board tax cut on families and businesses. But [he] doesn't want government to spend any less money: He opposes reductions in Medicare payments and all other spending cuts of any significance." which follows that immediately with "I don't mean to suggest that honesty is what separates the two parties." And then:

Increasingly, the crucial distinction is between the minority of serious politicians in either party who are prepared to speak directly about our choices, on the one hand, and the majority who indulge the public's delusions, on the other. I would put President Obama and his economic team in the first group, along with California Gov. Arnold Schwarzenegger.

Because to me you left the issue of honesty behind at the first mention of politicians (not to mention confounding it beyond belief by suggesting there are serious politicians in both parties, and being reduced to claiming Ah-nuld as the Republican standard-bearer). Which I don't intend as a crack, but as a sharp instrument inserted under the flap of the argument for a peek inside. If we're going to use honesty as the standard the conversation is dead before it begins, because no one would recognize it if it ran naked down the street, and because once it's brought up the Little, White sort is guaranteed to be equated with the Big variety: the fact that John Kerry or Michael Dukakis engaged in photo ops while campaigning for national office cancels out attacks on their service to this country or the use of blatant racism by their opponents. But both sides do it!

Republicans are more indulgent of the public's unrealism in general, but Democrats have spent years fostering their own forms of denial. Where Republicans encourage popular myths about taxes, spending, and climate change, Democrats tend to stoke our fantasies about the sustainability of entitlement spending as well as about the cost of new programs.

Jeez Louise, what does it take to get a paid observer of the nation's politics to, y'know, observe? The Democrats, with the help of the Obama administration and historic majorities in both Houses, just managed to defeat national health care, a major plank of their platform back in Aught Eight, after first trying to convert it into Not National Health Care, Except in the Sense that Insurance Companies Will Get Everybody's Money. And they defeated it because the majority in one House in particular objected to "busting the budget" such that they might, at some time in the future, actually have to start thinking about defense appropriations rather than rubber-stamping them after the second reading and before a four-day weekend. I'm pretty sure even Slate covered this.

So, forget for a moment that "The People Are Stupid!" is--however justified--a think piece published by an outfit most famous in American letters for having brought together the best minds from both ends of the American center, plus a Scotched Englishman, and finding absolute agreement about our vital interest in finding and destroying Iraq's nuclear arsenal. We can't get through the article itself without trotting out--I'm not saying one party is the more dishonest!--this malarky about the modern Democratic party as the socialist progeny of Eleanor Roosevelt and Saul Alinsky. What sort of stupidity are we bent on exposing here, again?

The usual way to describe such inconsistent demands from voters is to say that the public is an angry, populist, tea-partying mood. But a lot more people are watching American Idol than are watching Glenn Beck, and our collective illogic is mostly negligent rather than militant.

Well, let's at least note here that some negligence might be indistinguishable from "getting your news from Slate", or, to be fair about it, just about every other mass-market news source which employs this "don't actually say anything without reminding the reader that 'both' sides are equally at fault. Meaning all except FOX.

After which it's the public's fault for not seeing things clearer, or reading between the lines, or something.

Two things, here, and that's the first one: when has the Press been held accountable? It didn't just cheerlead for the Iraq war while embedded; it colluded with the Bush administration in the run-up. Was that due to the public stupidity demanding immediate military action? The polls didn't say so. The business press was still fellating Goldman Sachs as global markets tottered, and it got right back to work as soon as that sweet guvment Viagra took effect. Was an ignorant public demanding that? Is that the same ignorant public which found discussions of Enron, or the details of health care, "too boring" or "not sexy enough", according to the people who get to explain away all their news decisions that way?

Three ('88, '00, '04) of our last six Presidential elections turned on such utter imbecility as to make the National Enquirer blush; at issue at the time, in order: the S&L bailout, then the largest in history, and the direct result--hell, the goddam linchpin--of Reaganism; the Presidential candidacy of a man too butt-ignorant to organize a group of caddies; and the disastrous results, domestic and foreign, of the back-room deal that gave him a first term. I'm sorry, did you notice those getting wide coverage? Maybe they were squeezed in there somewhere between Willie Horton and Windsurfing. Or tank rides and Love Story. The Press wants every story to be a Shit Storm, and it wants every story to be trivial--or the New Pearl Harbor--so it doesn't have to take sides. It's funny, y'know, teachers get rained on constantly because their students can't read, but the Press has no responsibility to an electorate which somehow imagines Octomom to be a story of national import, or Iran one of the world's foremost nuclear powers.

The second thing is this: the opposite of stupidity always winds up approaching 100% congruence with the writer's own opinions (that is, the ones he holds today). The sustainability of entitlement spending? We've managed to sustain war spending for the sixty-five years since the last war we declared ended. Once in a generation somebody'll get around to muttering about military or historical decline, while sounding like they hope nobody heard, and while meaning that We'd better fucking amp up the Defense spending if we wanna keep pushing countries with no air force around. Where th' fuck were you when the Congress was authorizing a war without declaring one, agreeing to fund it off the books, and cutting taxes at the same time, Mr. Weisberg? Oh, right. Rooting for it. Now you're suddenly excused from the consequences because you noticed them seven years later? Stupid public!

The charitable interpretation is that Brown embodies naive optimism, an approach to politics that Ronald Reagan left as one of his more dubious legacies to Republican Party.

No. That's not charity, it's a Get Out of Jail Free card. And it's a mark of you Reagantots, right and left, that you imagine there's any Reagan legacy other than talking tough about deficit spending before blowing the national paycheck, the kids' college fund, and ever' las' stack of seed corn on Space Shields, Invisible Bombers, and Aircraft carriers--none of which we had any real need for--and raking in the resulting political benefits. And it still works, in no small measure because people keep repeating crap about "Reagan's legacy" as though it wasn't the clear delineation of a well-earned historical decline, but just a little by-gum Patriotic excess. Which is just, well, stupid.

Jesus that picture is awful. It wrecked the whole post for me because, well, nobody ever had a kind word to say about Bob Irsay and with that tombstone, people who don't even know what a lusus naturae he was in life will have to hate him in death. Nope, unlike even a shit like John Murtha, unlike Ann Landers' stopped clock, he was never right. There is no charitable interpretation. There is no other hand. He was shit till the day he died. And then some.

Well, thank-you for that! I’ve been raging about the Reagan-Ghoul ever since the bastard tottered into out so-called political consciousness those many awful years ago. Maybe we are all stupid, but, jeez, it’s been Press the Meat for several decades now. Calling Stupid, stupid fits this gentleman’s agenda now, but he’d better check out his own lint-filled navel before placing his judgmental, conveniently-forgetful fingertips to keyboard again…

Oh yeah, Sadly, No! linked to this a few days ago. I still can't bring myself to read it.

Apparently, the government has gone into damage control mode, by doing that sitcom cell phone thing where you make "ksssh" noises with your mouth and pretend you're going through a tunnel and you can't hear the other person.

I mean, okay, why is the Senate Filibuster so obviously less important then public ignorance? Essentially, what the Democrats have said is that they can't get anything done without a Senate supermajority, and when given THAT, they basically said they need the previously unknown ULTRAmajority, where you elect a few extra people to make up for the conservative democrats.

What this means is that one of the most classic ways that voters are supposed to communicate with politicians, the way we were all taught about since elementary school, the alternative to all that ugly hippy/anarchist protest marching (that is not exactly well-supported by the media), by which I mean VOTING, doesn't actually work. At all.

Isn't this the conclusion we have to reach if a landslide victory by one party doesn't communicate public approval of that party's platform?

What I want to know is:

A. How did we get to the point where we just assume that that's not a problem, and

B. How the fuck is it our fault?