Never Thought I'd Say This, But Maybe The British Had The Right Idea 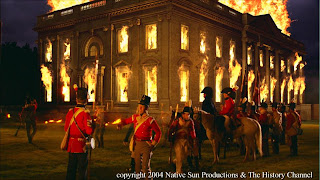 SALLY Quinn, Sally Fucking Quinn, is on that CBS morning show to discuss the Gore's marriage. Y'know, because that's what friends are for.

As you can imagine I've been on the phone with friends ever since I heard it yesterday.

Yeah. We can just imagine. Must be quite a trial for ya.

There can be no saving grace in such matters, but I was momentarily cheered by the thought that she spent more time on the CBS morning show talking Al and Tipper than she did when CBS was paying her to play journalist.
Labels: Th' Hell Did I Wake Up For?
Email ThisBlogThis!Share to TwitterShare to FacebookShare to Pinterest

What kind of Queen Wasp* can she be if she only "heard it yesterday." You mean, she didn't know?

*Of the species that hangs around shit and rotting meat in the hopes of picking off flies.

And these people are important in a way you and I can never dream of being.

I wonder what it's like to be a dedicated, professional human vulture (no canard on real vultures intended - I met a tame one once, and it was delightful).

She does seem to enjoy it. I guess I should envy her happiness.

Jeez, Sally. Have a nice big cup of Shut The Fuck Up already.

Yeah, that's who I'd want to go to to talk about family dynamics. The overlapping second Mrs. Bradlee.