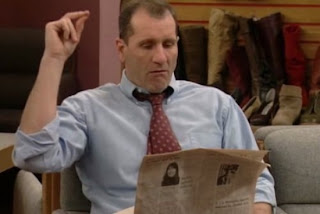 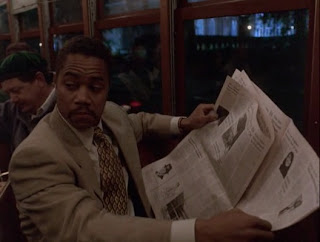 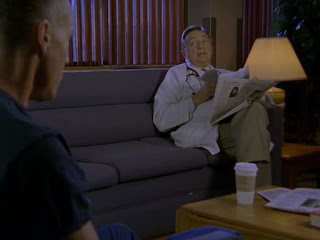 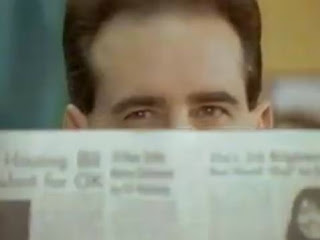 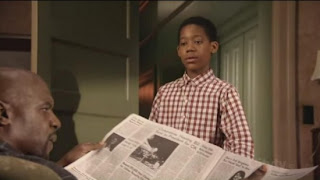 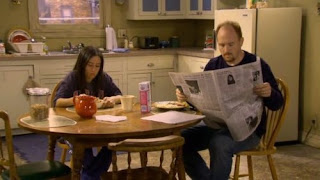 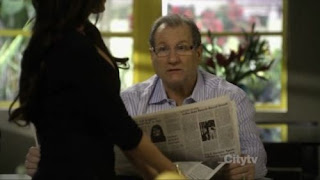 Those scenes would have sucked (more?) using an i-pad!

One almost hopes this is some kind of elaborate inside joke.

I wonder if Building Code is still Under Fire?

I assume that prop newspapers are made of something more durable than newsprint. In which case, do they have to insert the rustling sound in post-production? Is there just this one "paper", or multiple copies? Are all these shows (none of which I watch) coming out of the same studio - or is it one of those deals where you rent from an independent company, which is staffed by wags who keep sending out the same one to see how long it takes before anyone notices?

These things worry me. Or at least mildly concern me. A nice respite from worrying about the oil spill, or job hunting. Thanks, Doghouse!

OK, very late (back) to the party. What can I say? Someone had to run to the liquor shed.

That is the very same damn prop, innit? Duh.

My guess is it's made of a mildly crinkly polyethylene.