Why We Fight, Vol. XXXIV 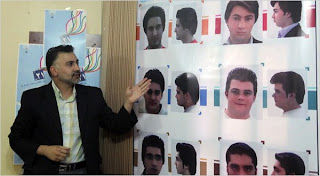 Robert F. Worth, "A Little Off The Top? Only If Tehran Approves". July 6

OKAY, I admit it: I was apparently born without the gene that produces endless mirth/outrage/enjoyment of Central Planning foibles. Or maybe it was just a reaction to my childhood. As a result, the entire career of Yakov Smirnoff has passed me right by. Sometimes I sit up at night wondering what might have been.

I suspect a genetic basis, because I have the same reaction to the tales of outrage/scandal/risible ineptitude of our own Federal bureaucracy, aka the Gubment; stories of $100 toilet seats, $500 hammers, buried but still functioning bureaucratic anachronisms ("There's a Federal Bureau of Gaslight Quality? What a country!"), or $400 million bridges from Wasilla to West Wasilla mostly leave me cold. Good for the occasional chuckle or fist-shaking, good to bring up to deflate claims that Ronald Reagan was a tireless foe of government waste, or that Sarah Palin is semi-competent or less than totally dishonest. Seems to me the point is to chuckle, or get angry, or whatever, for a minute, then try to figure out why such things occur (on your dime) and what might be done about it. Other countries, eh. If Sweden bans air guitar, say, well, it's up to them.

(Then again, I can't simply overlook the circumstances of my childhood, when this sort of shit reached a peak of sorts in the post-Civil Rights Act Midwest; I think it replaced saying Nigger in public. I well remember my alcoholic stepfather and my drunken uncle--my wife's brother; they'd bonded over Budweiser--trying to top each other with tales of Just How Intrusive the Census of 1970 Was Going To Be. The pending inquiry as to how many times per week you serviced The Wife was considered an absolute lock. The banning of cyclamates in 1969 was deemed the penultimate step before domestic concentration camps for paunchy white guys. By two guys who wouldn't have been caught dead drinking a Tab. So no, kids; the idea that Census takers are secretly noting how many incandescent bulb-crimes you're committing, and sending this information to the White House, is not exactly new.)

And here's the thing: we're supposed to be outraged, or doubled-over in hysterics, at the idea that Tehran* is trying to suppress Western influences, despite the fact that half our fucking country hates 'em too. Hell, if I had the goddam power there'd be Public Service Announcements claiming public cellphone use caused American battlefield deaths, and I wouldn't give a shit about accuracy.

Haircut tyranny? Try getting your teenaged ass a summer job in 1969 Indiana with hair over your ears. Try getting one today with too many tattoos to cover up. Or a turban. We farm our tyrannies out. What percentage of our school children are ordered into uniforms every morning? Because it improves the learning environment. Because it teaches the value of discipline so vital to getting a job. Hell, how many millions have we spent ordering Americans not to smoke Marihuana, when everyone's already in on the joke?

For that matter, try visiting the Wailing Wall in open-toed high-heeled pumps and a halter top. They won't let you do it. Trust me. They won't even let women do it.

* And, again, the Headline giveth and the body taketh away; we're five short paragraphs in before we're admitting the Draconian Haircut Ordinance is, in fact, a PR campaign, and one which probably signals the fact that "Tehran" has already figured out it can't force compliance. Is there some great difficulty about this I'm missing?
Labels: English. It Makes A Poor Cudgel.
Email ThisBlogThis!Share to TwitterShare to FacebookShare to Pinterest

I've been on a bit of a repast from the internet for a few weeks, but my return to your site helps to bolster my affection for the effort and insight that you offer so seemingly easily. Thanks for the reminder that allowing my sons the liberty to smoke pot, wear their hair long or pierce their ears at an early age, has now left them at nearly eighteen with an appreciation for the futility of fighting cultural wars and the value of keeping their collective heads outta their arses and focusing on the prize of searching for and telling truths, large and small.
Thanks for all your efforts, and in advance for hoping that you carry on as long as the inspiration allows.

Still laughing. I remember driving through Indiana and Illinois in the early 70's and seeing giant billboards with "Beautify America: GET A HAIRCUT!". I don't recall any articles condemning it in the NY Times, though.

(And barbershops that charged extra to cut long hair.)

"Hell, how many millions have we spent ordering Americans not to smoke Marihuana, when everyone's already in on the joke?"

Well, not *everyone*. Poor sods.

The last sentence is a thing of perfect comic beauty.

They won't let you do it. Trust me. They won't even let women do it.

When confronted with the "Tyrant Muslim Manchurian Terrist Obama's a Socialist" meme in meat space, I use the Smirnoff voice for: "In Soviet Union, government owns banks; in U.S., banks own government." To absolutely no effect.