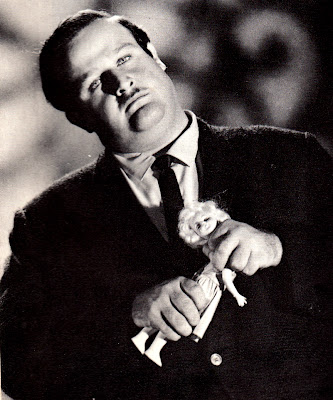 ASSUMING you know nothing about the Bork nomination, and were spared living through it, here is all you need to know to dogpaddle the salty seas of tearful Borking tributes: the man was forced, under oath and before the Senate and the nation, to admit that Originalism was, I believe the Latin term is, horseshit. And that the last quarter century has added exactly nothing to its foundation.
Labels: Ronald Reagan: The Myth and the Myth
Email ThisBlogThis!Share to TwitterShare to FacebookShare to Pinterest

And with his passing the Ninth Amendment is, for the moment, safe.

Room at the Inn.
What a great soliloquy.
I miss that Senator Kennedy.

ps In keeping with a running theme here, I was 27. It was something that was going on in my accessible memory. The Saturday Night Massacre was a little less so. I was 13.

History tosses up assholes in no particular order. Far better for him to have lived a life of seething vitriol, known only to his friends and family. Instead, his gaping failure as a human being was laid bare for all of us to wince upon.