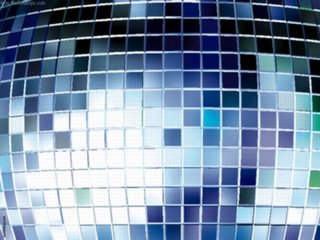 Could be a regular feature!

• gavin m.: I think the rhythm for "Turn the Beat Around" is in straight triplets. But I'd have to listen to it to decide, so it's Catch-22. And Laura Brannigan died in August of an aneurysm.

• jill smith: My recollection is that I first ran into Paglia's work when still in college in the 70s, and it took about two paragraphs to shout, "Who's taking this self-promoting nonsense seriously?" to the cosmos. It's hard to believe she's stuck around this long, but by doing so she's suffered the justified death of the po-mo faker: there's a million other people out there doing that schtick, and at least a few thousand who do it better. But she's the only one Salon pays.

• woodrowfan: There're plenty of cringe-makers in my own catalogue. I just don't feel the need to write a schlocky thesis to defend them, or, especially, to accuse anyone who doesn't agree with me of being anti-suburban bald guy. The problem with disco is Disco writ large: everything lies in the same narrow (up-)tempo range, it's all slickly produced, the lyrics are forgettable as are many of the vocal performances, there's no musicianship beyond studio competence, and it came along at a time when format radio had taken over so it was able to push everything else off the stage (except for the tired AOR). That's why so many people hated it; it's pretty damned objectionable to hear that I'm anti-black or homophobic just because "Ring My Bell" sends me into a homicidal rage. The Bee Gees wrote incredible hooks and their vocals are otherworldly, but their stuff is at the service of mundane commercial impulses. (ABBA's the same, minus the harmony part, but their stuff is clearly power pop, not disco; their inclusion is only justified on the grounds of a campy gay following, not musicology.)

If you removed the certified Masters of Soul from that list you still might find a dozen I'd tolerate today, in the same way I could listen to "Radar Love". I'm just not gonna write a book about the historical significance of Golden Earring.

• and pasquinn, I guess it's a measure of how fast I had to read that list that I missed "Ball of Confusion" being attributed to The Undisputed Truth, whose big hit was "Smilin' Faces". Gosh, Camille said she got this stuff by leafing through her album collection.
Email ThisBlogThis!Share to TwitterShare to FacebookShare to Pinterest

I dunno from polyrhythms, but "Turn the Beat Around" doesn't have many triplets.

otherwise, it seems to be a code. i hate disco = i hate blacks and gays.

not you -- other white guys.

I get the sense that you think my comment in the section below was an attack on you. Sorry, if it sounded that way, it wasn't meant to be. I intended it to be a joking reference to my own musical taste.

Nah, not at all. That's exactly how I took your comment. Did it sound like I was being defensive or something? I intended that as a riff on the difference between having an attachment to, even an abiding love for, our youthful follies vs. turning them into the basis for sweeping aesthetic pronouncements. In my defense, I'd had a recent traumatic experience at the time. Name of Paglia.