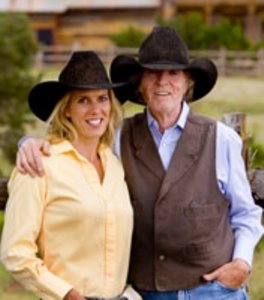 My solution? Put four or five drinks in the trophy wife and put her on the air. We'll know the truth inside three minutes.

First off, in all the instances of public outrage--real, imagined, or ginned up for public consumption--of the past two decades, my suspicion is that Imus is one of the few examples of someone who's genuinely sorry, and not simply for any possible damage to his career. It is a suspicion, and it doesn't mean I think he's necessarily sorry for what he should be sorry for. (He's said more than once now that the Rutgers women "didn't deserve those comments". Which of course leaves open the question, "Who does"?) My guess is that a couple of shriveled-dick overpaid white guys say "nappy-headed ho" on the radio because they think they're being hip. They truly imagine they're not racist (or, alternately--it is Our Little Secret, no?--they are racist and imagine they aren't because they don't wear sheets with eye-holes in public).

Let's back up a minute. Why are we listening to a disc jockey's opinions in the first place (and by "we" I mean "presumably someone out there")? I'm old enough to remember the late 60s, when Imus was being marketed as funny, which he was if your world is rocked by wacky sound effects and prank phone calls. His career neatly encompasses the decline, fall, and utter degradation of radio, beginning at the precise moment when disc jockeys went from guys playing music they liked to corporate automatons pushing the buttons on consultant-approved playlists while on their way to serious mid-life alcohol and cocaine "issues". [Alan Freed died for this?] Imus is a bridge from Cousin Brucie to Rick Dees. It's a bridge we needed about as much as that one in Alaska.

I tuned in MSNBC this morning, where Imus has long been an irritant to me, not for his schtick--who can watch that shit?--but because once in a while I'd like to get some teevee news perspective in the morning, and you can forget about that with the network gossip shows or the CNN team of comedy O'Briens John Roberts and Former FAUX Mouthpiece Hire of the Month. I thought maybe by some rip in the fabric of spacetime they'd decide to put on a news program. Instead, Imus is still on! He's suspended beginning next week! And so I got there just in time for the Phone Log of Sycophants to get crankin'. First up was Jeff Greenfield, who chastised Imus for "stupid, juvenile remarks" and noted that all impressions of black people on the show were all tracings of the same Stepin' Fetchit meets 50-Cent template. A fair cop, I thought, under the circumstances, until he went on. "We have to realize that times have changed," scolded Greenfield, thus underlining our main point, namely, that Public Racism is now, to the clueless white people who for some reason continue to run the things they've been fucking up for decades now, a simple Fashion Faux-pas, a rhetorical polyester slacks-and-matching-tie set with suspected comb-over for good measure. Civility, in the form of Not Using Bad Words to Describe the Darkies is the burden we must bear in lieu of actually understanding the four-hundred year history of racism and genocide on the continent. After an MSNBC news break, which consisted of replaying Matt Lauer's interview with both Imus and Al Sharpton, Bill Maher got on the horn to say that "after you say you're sorry several times it becomes other people's problem, not yours", that it was another case of "fake outrage", and that "While I'm a big fan of Al Sharpton and Jesse Jackson, and have them on my show a lot..." This made me glad I'd stayed with it. I didn't think I'd get to hear the Some of My Best Friends Are Niggers, and That's What They Call Themselves defense. It was a magic moment, seeing Don Imus behave with more class that one of his guests.

(Two things about Maher: first, I was looking up his date of birth--it's something of an obsession with me--when I was reminded that not only had he gone through a messy palimony thing but he acknowledged "dating" Ann Coulter. That he could do so without being forced to publicly pantomime entering rehab tells you where this country is. Second, he's always occupied the position Dennis Miller had before he stopped being a comedian: he's roughly 40% smart enough to carry his schtick off, while continually reminding us that he's blissfully unaware of falling even half a point short.)

Last week Roy put this as well as it's ever going to be put:

The Perfesser tumbled early to right-wing market realities: for example, that while Rush Limbaugh's politics was a factor, it was his self-presentation as a callous, self-satisfied douchebag that reminded suburban burghers enough of themselves that they made him a god.

That's why Imus is on the air, and that's why the Washington elite flock to him like secretly-resentful debs at a birthday party: he's precisely the corporate idea of the much-put-upon white male, a fiction they've fed for a quarter-century now without let-up. Imus now, no matter how contrite, finds himself surrounded by the flies in the marketplace that he helped attract; no apology, however sincere, will be free of the taint of careerists and franchise-savers and toadies looking to preserve a meal ticket. Imus being a tasteless, insensitive boor is just Imus following his job description. If somebody should be suspended it's the suits who put him and keep him on the air. (Instead, of course, they take twenty-four hours to come up with what looks for all the world like a price-fixing scheme rather than the public reaction of a corporation to racist remarks made on its nickel.) If he's not going to be fired, Imus' punishment should be that "there's some nappy-headed hos" should become the tagline for all his intros, exits, and promos for the next twelve months. It ain't four hundred years, but it's a start.
Labels: White People in the News
Email ThisBlogThis!Share to TwitterShare to FacebookShare to Pinterest

If anyone cares to read it, One of our writers on Highbrid Nation actually worked wit Imus over the last few years at WFAN and had some really interesting things to say about the whole situation with Imus and he also has some inside info that the media hasn't mentioned about the whole story.

What is your opinion about the Imus kerfluffle (scandal du jour) being the latest "Shiny Object" or "Missing White Blond": a distraction from the horrors of Iraq, the AG Scandal and so on and so on, etc. etc. etc. . . (Kathy in Sparks)

I don't know. Imus is too plugged in for this to be just another roadside distraction. Think of it instead as a very special episode where the Circle Jerks of the Beltway learn a very important lesson about racism.

I mean race is still a problem in this country. And all the simpering sycophants of the Beltway are still Important folk. The way they are dealing with this is pretty instructive in terms of pure elitism -- which reflects how they deal with everything else, including a destructive war.

Doghouse: I'm glad you hit the Maher issue. He's a terminal prick and it makes me feel dirty when I read people chortling about his 'wit'.

Nice hat, Don. (You can almost hear him muttering under his breath, "Ahhhhh hates that rabbit!")