Reasons To Just Stay On The Futon

1. Because Roy and R. Porrofatto handled this Brooks excrescence, a helluva lot quicker than I ever would, the latter by the simple expedient of pointing out how recently (say, during the nomination of Sam Alito) Brooks was part of the vogue for Gray Organizational Mantypes.

2. Because somebody's gonna invite Indiana Superintendent of Public Instruction and Mitch Daniels Luggage Assistant Tony Bennett to Washington, specifically to the House Committee on Education and Labor, so he can say this:

Our greatest challenge is to unite aggressively against all forces working to oppose reform that benefits school children. In Indiana and states across the nation, the most striking, most powerful impediment to improving instructional quality and school leadership has been those organizations charged, principally, to protect the integrity of the teaching profession: teachers’ unions.

Y'know, it's funny, but Bennett, who's been increasingly at odds with Indiana's teachers ever since Mitch Daniels decided he'd run for President a little--"at odds" here being defined as "refusing to talk to, then blaming them for their lack of communication"--doesn't actually talk like this for local consumption, even though his position as Daniels torpedo is well understood. He didn't talk like that during the 2008 campaign (the position used to be appointed, but The Bantam Menace found himself saddled with an Uppity Woman, albeit a Republican one, and the World's Third-Worst State Legislature™ obligingly changed the rules so the all-important "ability to pander to campaign contributors" was added to the list of qualifications). In 2008, for some unknown reason, the big Daniels Team theme (throw in the Attorney General candidate) was some vague weirdness about Defending Teachers Against Nuisance Assault Charges For Telling Children To Sit Down, something which became part of the landmark Omnibus Educational Sassmouth legislation passed last year.

And Bennett doesn't seem to've done much reforming back when he was Superintendent of a public school district, though he did have his hands full making sure the Greater Clark County Schools continued to underperform on state proficiency tests. In fairness, though, I guess that's how you learn. 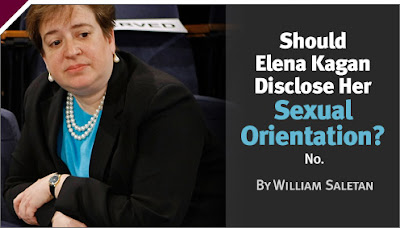 unfortunately, is the link to the article, not the whole thing.

Well, get t'hell back, you rube. We (okay, I) need your missives to counteract my angst.

I recall that, when my wife was starting as a teacher in the late 90s, one of the union's big selling points was that they'd defend the teacher if they faced a lawsuit arising from their position as a teacher. I figured the "teacher immunity" push (which, as I recall, didn't immunize them against much at all when you boiled it down) was another union busting effort.

The sexual-orientation version of "I'm not racist, but I have a right to know if the person with whom I'm doing business is black." spoken without a hint of irony.