Just Like Driving: It's Partly the Snow, But It's Mostly the Stupidity 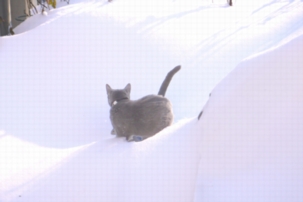 Q Slides from a pre-war briefing show that by this point, the U.S. expected that the Iraqi army would be able to stabilize the country and there would be as few as 5,000 U.S. troops there. What went wrong?


MR. SNOW: I'm not sure anything went wrong. At the beginning of the Civil War, people thought it would all be over at Manassas. It is very difficult -- no, Jessica, the fact is, a war is a big, complex thing. And what you're talking about is a 2002 assessment. We're now in the year 2007, and it is well-known by anybody who has studied any war that war plans immediately become moot upon the first contact with the enemy.

Y'know, at some point the public is simply going to have to do the work and begin to understand that the Right Wing is to War what Professionalism is to Wrestling. Talks the Talk, looks good on parade, might even be able to fight a little if it really came down to it, but otherwise it's a cartoon.

It's a funny thing about that Fog O'War: it only affects us, and only when things go wrong. When they go right it's because of our Athenian heritage. Or Jesus.

[Oh, and it's a funny thing about First Manassas, too, though it's the sort of fact apparently kept hidden from a lot of military history experts who used to be Rush Limbaugh's pool boy: the Union General-in-Chief, Winfield "Old Fuss and Feathers" Scott, was convinced the war would be a long one and would turn on a Union blockade of the Atlantic and Gulf ports, and the Mississippi, prior to a march on Atlanta--the Anaconda Plan. It's in a lot of your minor history books. Lincoln's superannuated Defense chief had actually been to war, unlike Bush's. It was over-confident Northern politicians who overruled McDowell's disinclination to march off immediately into battle. And McDowell, who must bear the blame for over-marching his men and a too-cute battle plan, was sacked afterwards. It may have taken Lincoln two more years to get it right, but he did, eventually, get it right and he changed things that weren't working until he did.

(And it's curious how many Southerners and Southern sympathizers, all those color-blind admirers of the Lost Cause, know so much about military history but have such a bad case of transient amnesia when it comes to recognizing that the Confederacy's one chance of victory was political, not military. Especially seein' how in Iraq, as in Vietnam, it's politics--their politics--which have proven to be the deciding factor.)

For instance, a lot of people did not think that we would have the success we had moving swiftly into Baghdad.

But did any of them predict it would take ten years?

No. Because some things are predictable in war, at least to the extent of our ability to predict complex operations. The industrial and manpower superiority of the North would eventually crush the South, given sufficient time to do the job (which, by the way, Lincoln went out and earned, instead of whining about traitors). The Japanese could not possibly hold the Pacific against the United States (once again, the hotheads were running things; once again, the realists' hope was for a political solution). We couldn't pacify the whole of Iraq with 150,000 troops untrained and unequipped for the job.

And it's not the fugging Fog that caused anyone to imagine entering Baghdad was going to be like entering Paris, but without liquor or quickies. The prediction of a post-war, pro-American, happy little democracy in Iraq isn't a failure of military science, it's a pure fuggin' neocon Disneyland model train ride to Fantasyland. And you shopped generals and intel until you got it.

All I'm saying is that -- what happens is, you're looking at a pre-war assessment, and there have been constant assessments ever since. A war is not a situation where you can sit down and neatly predict what exactly is going to happen. You make your best estimates, but you also understand that there are going to continue to be challenges, there are going to be things that you don't anticipate, there are going to be things that the enemy doesn't anticipate. And the most important task, frankly, is to continue to try to assess near-term and mid-term to figure out how best to address the situation.

Really? 'Cos that worked so well up to the point when the Media decided to sabotage things? From where I was standing in the Spring of '03 the short-term appeared royally fucked (this was pre-insurgency, 'member?) and the mid-term frankly delusional (reduction to 30,000 troops by September, a flat-taxed capitalist paradise, and those stockpiles of WMDs waiting to be discovered, just east, west, south, and somewhat north of here). Hell, as I recall it, we were already making threats to Syria and Iran at that point, weren't we?

That's not a failure to see five years in the future. That's just...failure.

Aw, you know, it's gotta be hard to be Tony Snow, Press Secretary for the Acknowledged Disaster Presidency.

Ari Fleischer had it easy.

So, if these dudes can't predict the difference between a capitalist paradise and 46 car bombs a day, why should we trust them to know any fucking thing about what's going to happen once they've done their little surge? I guess you said that, though, didn't you? When they're wrong, it's the Fog of War, can't be avoided. When they're right ... well, from where I sit it looks like dumb fucking luck.