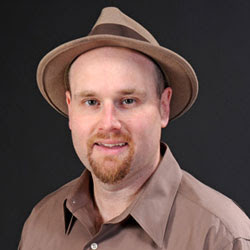 ONE: thinking up a headline, then concocting a story to fit it? I know times are tough, but maybe you should shop your resumé around to major advertising firms on your own time. TWO: Just because the headlines say Liberals now heart Barack Obama like it's 2004 again doesn't make it so. For the life of me I can't understand how a supposedly literate Press corps views things this way. And by that I do not mean "personally believes it", since I'm convinced that practically to the last man the Press believes in nothing whatsoever; I mean how it believes that such storylines convince anyone of anything (though, again, "convince" is undoubtedly the wrong word here. "Deflect" is more like it). It is, of course, about a hundred times worse once election season rolls 'round, and the open bar starts pouring premium liquor. "Romney Says Cheney Would Make Excellent Running Mate", or "Michele Bachmann Demonstrates Her Competence in First Debate" for example. You wouldn't let somebody who really tried to convince you of something like that cut your hair, would you? Or sell you a fedora?

THREE, and MOST TELLINGLY: Your Middle-of-the-Road Ragers--please return your seat-back and folding tray to the upright position!--are David Brooks, Ben Nelson, and Mark Fucking Penn, one of whom wrote a column, while the other two commented. See you at the Revolution!

Like this ain't bad enough--y'know, you could've held on to that headline until Gallup confirmed that moderates were leaving the President in droves because he'd turned into FDR, but then that isn't going to happen, is it?--we get this:

Then there was Brooks, Obama’s highest-profile centrist champion in the mainstream press, who sounded downright distraught in his Tuesday column — a lot like the progressive hand-wringers who once accused Obama of colluding with moderates like, well, Brooks.

“Being a sap, I still believe that the president’s soul would like to do something about the country’s structural problems. I keep thinking he’s a few weeks away from proposing serious tax reform and entitlement reform. But each time he gets close, he rips the football away,” he wrote.

Okay, I thought about blogging that Brooks column the other day, and then I figured there were only so many ways to call the man a fucking coward and an even bigger fraud, and I'd done 'em all in my sleep. Brooks owes his sinecure at the Times precisely to this sort of nonsense. He hasn't "championed" Obama, except for the two-week period in early January 2008 when it began to look like the man was the great Republican hope for defeating Hilary. Brooks occasionally allows as how if it were up to him he'd be willing to compromise and take only 95% of his Friedmaniac agenda, even though that 5% deficit would prevent it from working its pleophoric miracles. This is known as Protecting the Franchise. It's not to be confused with imagining David Brooks is some sort of thinker, moderate or otherwise.

This shit doesn't even stand up if we take the man at his word. Brooks reacts to a single--albeit major and campaign-theme test-marketing--speech; "Liberals" were supposed to have championed the man from day one, despite the repeated, even constant, application of wet-mackerel facials. No one familiar with Brooks' work--hell, no one who's seen one of his sniveling performance pieces on News Hour--could believe any of this.

And, okay, I'm not the most objective observer of the American political scene to be found on the internets. But Lonesome Barack Obama gives one speech in which he suggests that, perhaps, the wealthiest 2% of Americans might be asked to do a little something to show their appreciation for the government of the United States ceding control of its economy to them for the last thirty years, without bothering to ask the other 98% first--a position, by the way, which Obama advanced for all of thirty minutes at the beginning of the Debt Ceiling Crisis--and suddenly the Ghost of Saul Alinsky is loose upon the land (again)? And poor David Brooks barely made it to the fainting couch in time. Sure.

Y'know, for the life of me, I'm starting to think that the solution to the Educational Crisis in this country is to drop all the pretense and just quit trying.
Labels: Does The Media Really Need More Than One Neck?
Email ThisBlogThis!Share to TwitterShare to FacebookShare to Pinterest

“Being a sap, I still believe that the president’s soul would like to do something about the country’s structural problems."

By "doing something about the country's structural problems", Brooks means (along with the rest of our craven pundit class) making them ten times worse.

Yeah, Brooks is "a moderate". At the Applebees salad bar, and no where else.
~

1. That HE shouldn't be wearing a hat at all?

2. That the "off the forehead" cock makes him look like some sort of investigative reporter/gumshoe, which he obviously is not?

3. That the underwelt or overwelt (I'm sorry, my 20-second research couldn't distinguish the difference) is way too wide?

4. That the entire ensemble is rather too matchy-matchy color-wise?

5. That he should rid himself of the neo-pseudo Van Dyke?

#1 error: Tell me if I am wrong but is it that a goofy assed hat is no way to cover the big middle hole?

That hat gets to me too.