• I meant to get to this by yesterday at the latest, so, briefly, kudos to Charlie Rose, the always unfortunate Norah O'Donnell, and CBS legal analyst Jack "People's Sexiest News Anchor Emeritus" Ford for coverage of the nursing home CPR-refusal story. After we returned from 100 words worth of dish soap from the Vice President of The Assisted Living Federation of America, all three agreed that a big part of the problem--perhaps its base, perhaps the lurking sinkhole underneath--was--drumroll--liability lawsuits. Ha. Didn't see that comin', did ya? And probably never thought about it quite that way, have you? Remember to send CBS a nice thank-you note.

Horse. Shit. Horseshit. It's no more fucking liability that what they gladly accept by taking money from people. Or opening their doors to the public. Or owning private property. But it's an idea which must be served--by Charlie Journamalism Rose--because in the absence of clear, demonstrated, serious-felony-level criminality every business-owner is a hard-scrabble saint.

[Just for fun, what level of the Apocalyptic meltdown do you think would be required for any one of those three to claim that living in circumstances where a) there's an Assisted Living Federation of America, and b) where there's an Assisted Living Federation of America which can be absolutely certain its voice will be heard on national network news if its brand is even slightly threatened contributes to unresponsive 87-year-olds being left for the taxpayers' meatwagon?]

The justifiably malignable O'Donnell was the only one of the three who expressed the idea that there might be a human element involved in here somewhere, in line just behind Profitability, Shareholder Considerations, and Profitability again, if we just peer over the top, probably. Fortunately there just wasn't time to flesh that idea out. Might there be ethical concerns which actually trump Your Bosses Orders? Every slope in American public life is slick as snot these days, for the high-priced Press.

• Yesterday evening local teleprompter readers were teasing a story about "dog flipping", which made me think probably what you think it made me think.

I never did any cow tipping; the closest I got was a snowy high-school weekend ice skating on a pond on Bud McGreavy's grandfather's farm with six or seven other people, which was probably dangerous enough without the blotter acid we'd consumed.

Which, by the way, this was pre-cutesy-names-for-blotter-acid days. "Orange sunshine" was the only term I ever heard, and the only thing I saw was more "Construction paper reddish". I've never bothered to make a study. Was it different in different regions? This is just the view of the suburban Midwestern lysergic aficionado in the early 70s. Later I saw Mr. Natural and another stamp-deal thing, which I forget, but I was insufficiently excited by the minutia of drug-taking. It was during my active career that names of pot varieties went from The Legendary to Shit Names Made Up By Some Bartender. As "Panama Red" to "Maui Wowie". My friend Jack and I used to register our indifference by telling any of the stoners who asked that ours was "Yugoslavian Primo, grown in Tito's palace courtyard and smuggled in through Cuba". Most just nodded.

Where was I? Oh, ice skating and tripping balls, as they say today. There were some dairy cows about forty yards away at a gate who were, if I remember correctly, chewing cud.

There was a decent-packing, fairly substantial snow cover, and everything looked magical even without the goggles. I packed a snowball--not hard--and hurled it cow-ward, as boys who are hallucinating are wont. It hit the brown one square on the fucking snout in a burst of white powder like a blown-on dandelion. You could not have placed a shot like that better for maximum cow disruption. The poor darlin' emitted a cow yelp (of surprise; I was as fucking surprised as she) and flew off, if a cow can ever be said to fly, even without snow. I spent a week waiting for karmic retribution.

This reminds me: it's a bit late to complain, but I was always the guy who was called on to be sensible whenever minds were bent or blown. I did twice the hits of those other weenies, but I had to be the one to say "Okay, the light is green, we can walk across the street now," or "No, don't go kiss the policeman," and all that other stuff. I think what really accounts for the brevity of my LSD career is not the drug experience, but the paperwork.

Memories. Some day they'll be the only things you have left. If you're lucky.

Ummm, cows, uh, oh, dog-flipping. So the news is pimpin' the big Dog-Flipping Arrest story, and after the break it turns out the dude's middle-aged, the catchphrase means something like "dog reselling", if you're one of dwindling number of English speakers left, and not a larking punk with a lever and fulcrum; a couple had spotted their stolen--allegedly stolen--German shepherd in connection with him somehow. Let's say Facebook. Police investigated, and:

He's a "serious violent felon", so the guns are a crime. In addition:

[Authorities] allege he kept the animals in deplorable conditions in his Eastside home and if he could not sell the dogs, he simply let them loose….

Jones also ran a dog obedience school in his living room. He allegedly bred his customers’ purebreds with the dogs he had acquired on the Internet.

And the local hairdo explains that these Dog Flippers Go In For purebred dogs because they can sell them for Top Dollar, and not out of some weird street fealty to accepted breeding standards, which was my bet.  Which, number one, may not be Grade A bullshit, but is something less than factual. And, second, if we bother to excise the alleged dognapping that's pretty much Mitch Daniels' economic recovery plan. I'd say it was Mike Pence's, but he doesn't have one. 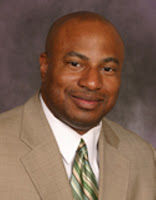 • Big day yesterday for City/County Councilor José Evans, who 1) became a Republican, and 2) a Latino.
Look, it's a fucking humor blog. And if anyone is offended, I apologize for the brief Geraldo Rivera image I experienced. Evans, a second-term councilman, has been active in both camps, and done well by his constituencies. He's a politician, in other words, and one who got re-elected. He seems nice enough, and I'm sure he's a responsible pet owner. It's just that his Big Party Switch got played as Republicans Make Inroads with the Hispanic Community, rather than a, uh, career opportunity. And okay, so his explanation:

“I’ve become frustrated with political games being played by the Democratic Party, the lack of ideas, the infighting.”


may not pass the Laugh Test, exactly, but we'll take him at his word. The man is scheduled to meet with Reince Priebus today, so it's not like the transition will be painless.

Evans is serving his second term representing Pike Township, formerly white, formerly Republican enclave. This prompted my favorite local political moment of the year so far, not counting the unintentional humor of a General Assembly session, when the Marion country Democratic chairman said he'd helped get Evans elected twice, and was looking forward to helping another Democrat win next time.

Riley's takeaway zinger today:
"Every slope in American public life is slick as snot these days, for the high-priced Press."

Damn, you express yourself as few can. Who needs Mencken, an anti-Semite, after all.

Also, this "dog flipping reminded me of the twisted masterpiece "Seven Psychopaths." Christopher Walken's character ran that racket, though I'm not exactly recommending it because the film's director may push the total to nine.

Ah ha, your youthful chemistry experiments shed light on the amazing flights of your imagination and creativity! We are repeatedly delighted by your writing.

The only psychedlics with names I remember from back then were Green Barrel and Window Pane.

One of your best, sir. My congratulations. I laughed my ass off. Is Owsley dead? I think so. Loved the "lights green now, we can cross the street."

Thought I wouldn't exact my revenge, huh? It was I who nudged Mitch Daniels into politics, with a little help from the Borden PAC. Tough teats for you, Ace.

Oh, yeah, about two weeks ago when the subject was bird-killing cats,
Riley was all WHERE ARE THE SCIENTIFIC REPORTS THAT WE THE PEOPLE PAID FOR? WHAT is this mysterious Fish and Wildlife Service sucking on the federal dime? WHERE are the tapes off them Cat Cameras that purport to show cats biting robins?

Now, when serious dog-flipping is the issue, it's all jokes and mirth. The suffering of the dog is forgotten. Are you by any chance a cat person and not a dog person?

Riley, that cute-named post-1968 blotter acid was mostly hashish tea and methedrine, at least out here in the bay area. Sure, that stuff got you off to where you might throw a snowball at a suburban Indiana heifer, but if you really want to qualify as a 60's acid punk you'll need to have been born ten years earlier and started on actual Sandoz sugar cubes wrapped in foil and dissolved in Lipton's tea in a cup from Chinatown.

The Pacific Ocean was big in those days, man, it was a real ocean.

Also, too, those half-stoned guys you crossed the street with were only pretending to want to kiss the cop. They did it just because they wanted to see you go into full Doghouse mode. They knew it would be groovy. And it still is, dood, it still is.

I would have let 'em kiss the cop.

And in my heyday the stuff came in jars with labels on them.