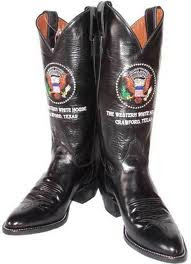 IN case you, for some reason, don't scour the Washington Post each morning for life guidance, "Five Myths", which should be called "Five Myths [sic]" * is a sidebaresque regular column in which various authors correct the Conventional Wisdom--which they helpfully supply--by applying anything between Fact and Conventional Wisdom More To Our Liking. In practice it sometimes leads to a column like last May's, which was spot-on about The Lies, Half-Truths and Hallucinations Apparently Resulting from Ergot Poisoning of the Education Reform movement. (The "myths": 1. Our schools are failing. 2. Unions defend bad teachers. 3. Billionaires know best. 4. Charter schools are the answer. 5. More effective teachers are the answer.) It was such a refreshing, straightforward, common-sense response to the horseshit in our national "debate" on "education" I had to remind myself it was appearing in a paper which nonetheless had pleaded for Michelle Rhee's job even after she stuck her nose in the DC mayoral race and suffered the fate of some nosy kitty-kats.

Put the truth in your news reports, then. Really. When Privatized Education turns to shit this is the sort of thing which someone trying to defend journalism will be pointing out. "The Post said that merit pay was a poor idea on May 20, 2011". And they'll leave out the part about how every news story treated the academic who says "Charter schools have not performed any better than public schools, despite some built-in advantages" as just the other side of the debate with Michelle Rhee, plus not nearly so hawt. **

Anyway, my hope for "5 myths about Rick Perry sic" was that #1 would be "Rick Perry is worth two column inches in a regional shopper's weekly".

Which I knew had about as much chance as "Rick Perry. Isn't he the guy who produced Nilsson Schmilsson?"

No, of course, #1 was "He's not Bush". It is, as of this writing, less than six full days since Rick Perry made political history with his announcement, and I've already heard this twenty times. And the "answer" is always "oh, he's more conservative than Bush was". Which means--and this is all it means--that the discussion has been permanently hijacked by this sort of insider, Republican-centrist bullshit historical rewrite, probably via Frank Luntz. Just for starters, no one with the smallest American liberal inclinations, a three-digit IQ, and a job which didn't require him or her to spout that sort of shit in order to keep it would ever refer to George W. Bush as "less" 'conservative' than anyone else. This flummery is straight from the kitchens of the Losing Side, 2006-2009, during which George W. Thank God He's President And Not Gore Bush became Wait, That Asshole Wasn't Really One Of Us. I will accept "No. He's not Bush. Perry gives every appearance of managing to be an even bigger loon, somehow." But if you want to claim George W. Bush as Not So Conservative ("He was compassionate, he spent money, and he tried to commandeer education") then take Ronald Reagan off the "Conservative" list. Explicitly. You renounce the right to call Reagan a 'conservative', then you can exempt Bush the Dumber. You can keep Ed Meese, either way.

It’s true that Perry was 10th Amendment before 10th Amendment was cool, a believer in the notion that states are the laboratories of democracy — and that nothing good comes top-down from government. He even wrote a book about it. But at least three times in his career, Perry has thrown over those core principles. In 2007, he pushed for the mandatory inoculation of young girls with the human papillomavirus vaccine as a way to prevent cervical cancer. Conservatives went crazy. Only in the first hours of his presidential campaign did he walk back from that decision. In the run-up to the campaign, Perry called for constitutional amendments banning same-sex marriage and abortion, in direct opposition to his long-held insistence that the feds should stay out of states’ business.

There’s also the fact that, once upon a time, Perry served in elective office as a Democrat, albeit a conservative one. He even was the Texas chairman of Al Gore’s 1988 Democratic presidential primary bid. And in the 2008 GOP primary, he endorsed Rudy Giuliani, a candidate whose positions on gun control, abortion and gay rights are, by the standards of today’s Republican party, downright liberal.


Okay, I probably would've just let this thing go, but for cryin' out loud, "He took a popular stand once for mandatory life-saving vaccinations over the objections of the snake-handling cultist wing of his party, not inconsiderable in Texas, mind you, before being forced by politics to repudiate himself. " Myth busted!

Oh, but we ain't through: he actively pushed for Constitutional amendments banning abortion and same-sex marriage, despite the fact that he's ideologically opposed to federal control. What an open mind. I've like totally misjudged his tenth-generation-Xerox brand of small-time, small-minded, commercial-right-religious political blather, Confederate states division, coupled to untraceable funds. I guess now I see why there's so much excitement in the media. We've never had a candidate like this before. So conservative, I mean.

* I not getting into it today. Nevertheless, the correct term for "an erroneous belief commonly held by the badly informed thought to explain some central fact" is not Myth. It's Journalism.

IN case you, for some reason, don't scour the Washington Post each morning for life guidance...

I don't! In spite of having grown up in D.C. (and this, not because my dad wrote for the government).

But how did you come to find the nest of neocon vipers, vapid Beltway bloviators, and preening cocktail princesses that comprise Donald Graham's War Criminal Post a necessary component of your morning?
~

Oh, he's an ideological purist - the trick (left to the hapless voter) is to identify the ideology ("what's the best way for me to play this?" is my guess)

The way I heard it, the real reason Perry took that amazingly liberal stance regarding the vaccinations against HPV was NOT because he had the best interests of young Texas women at heart but because he was fulfilling a promise to the makers of the vaccine, who gave him an ungodly amount of money for his campaign (Texas state laws are much looser in regard to political contributions than federal regulations).

He fully expected political forces to eventually make him take it back, but it took long enough that Merck (?) made out like ...bandits.... in the meantime.

When it comes to politicians, especially Republican politicians, never attribute to virtue what can be explained by avarice.

Julia Grey: Tom Delay also thinks that "Texas state laws are much looser in regard to political contributions than federal regulations."