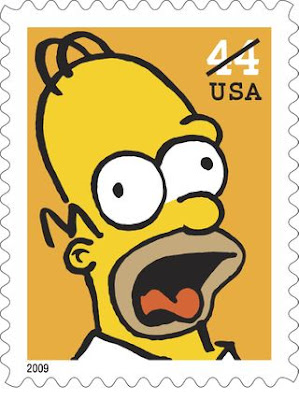 • Tarragon is a happy partner in an omelette grand-mere, with parsley, chervil, and chives, in minute amounts, and should not be forsaken; such might be a solution to the cilantro question, excepting that it is apparently impossible for anyone who favors the stuff to use less than the Standard Equine Toxicity Level (SETL), so we'll never know.
• Coriander, on the other hand, is part of God's Own Bounty, indispensable to the sausage maker and damned near so to the preparer of any pork dish worthy of victuals.
• Putting two Homer Simpson stamps on my bloated Indiana state tax return (it's a state which eschews tax progressivism, but the goddam paperwork runs to ten pages) almost made up for needing a second stamp.
Labels: Things I Say Just To Hear Myself Talk
Email ThisBlogThis!Share to TwitterShare to FacebookShare to Pinterest

Coriander, on the other hand, is part of God's Own Bounty, indispensable to the sausage maker and damned near so to the preparer of any pork dish worthy of victuals.

Weird how that is. Cilantro seeds offend nobody, but the leaves may as well be a political topic.

I find that small amounts of tarragon and chervil enhance (in addition to eggs) many sauteed vegetables, especially mushrooms and onions.

The thing about herbs is, people seem to be incapable of understanding that you don't need a lot. I should know; I've been known to put entire tablespoons of chervil and tarragon into scrambled eggs. I did not need to do that, or anything close to it. I learned from the experience, but a lot of people don't, either because they think it's supposed to taste like that, or because they can't taste it at all.

I am under a vague imprssion that coriander leaves keep poorly, and weren't readily and commonly available in the states until 20 years or so ago. Or maybe it came in with the influx of hispanic immigrants. Either way, I figured the faddishness was in some part just the novelty of habing it around.

I like the stuff. Hard to imagine Indian-ish cuisine without huge handfuls of it, but then it loses its potency right quick when you actually cook it. I think it's fine chopped and raw, too, but I can at least see what you mean with respect to soapiness.

How do you feel about rosemary? I love the stuff in modest doses, but I find that enough of it can be like chomping on a bath bar as well.

I agree, a little tarragon goes a long way, and the only place it is indispensible is in bernaise.

Dill is my favorite herb, fresh or dried, it rocks. I also love cumin/coriander and chervil.

I never put oregano in my spaghetti sauce, which is a very controversial subject; I use basil, bay leaf, thyme, garlic. No freaking oregano. If I want lasagna or pizza sauce, I'll make it! Keep your stinkin oregano out of my spaghetti sauce.

Oregano is essential to pizza sauce.

I love rosemary. Especially when combined with garlic.