A Waste Of Good Plantation Land 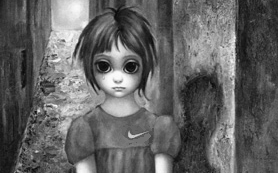 FIRST, kudos to CBS for making sure its announcing team for the Masters perfectly mirrored the uniformly white, 100% evidently male membership of Augusta. Not that I suppose this required anything more strenuous than hitting Redial, but in an age where even our sacred remembrance of the men who killed 110,000 Americans because their betters wanted to confer the political benefits of the 3/5 Compromise upon their descendants in perpetuity is smeared by Political Correctness run amok, it's good to see that at least one corporate megagiant understands the value of buttering the right side of the bread, as well as good old-fashioned trowel work.

I was prepared to ignore that Nike ad, as fascinating a cultural artifact as it is, but not Augusta Chairman Billy Payne delivering a moral rebuke to a guy who had boffed a few cocktail waitresses from the pulpit of America's most hallowed shrine to racism and sexism in Sport.

Then I tuned in yesterday* just in time to hear Jim Nantz take Tiger to task for issuing a swear or two on Five the day before, despite his promise not to. Yes, this is the same Jim Nantz who admitted "dating" a 29-year-old during his weepy testimony at his divorce proceedings last November, and, yes, that would be on the same CBS network which had for the previous fourteen years studiously avoided showing any of Tiger's legendary bad on-course behavior, while doing endless slo-mo replays any time Long John Daily belched.

And, y'know, I'm well beyond asking if anyone has any shame left, or a modicum of self-respect, or enough historical perspective to produce a moment's pause here. And the only danger I see in golf disappearing from the face of the planet tomorrow is that it might give Huey Lewis an excuse to go back in the studio. I don't suppose it occurred to anyone to check if the hookers in Augusta were holding a bake sale this weekend, what with all the suddenly celibate tourists leavin' their Cialis at home an' all.

No, I just say again: whenever you hear all this pious Judeo-Christian claptrap, just note how willing these pious hypocrites are to risk Eternal Gehenna Fire provided there's a buck or two in it.

Master, can you elucidate on your choice of graphic for this unworthy one?

Personally, I golf. And having hit more than one really shitty shot, I can testify that the only reasonable comment afterward is "fuck me."

As for said announcer making a stink of this, may he go fuck himself.

can you elucidate on your choice of graphic?

It's Tiger's maudlin-slash-creepy grayscale Nike spot as reinterpreted by Margaret Keane. Is the swoosh too small? I tried giving her a hat, but it didn't take.

And seriously, if there anything that supports George Carlin's stance that all golf courses should be bulldozed and turned into something more useful, it's the whole celebration of the confederacy parade at augusta.

Jesse from Pandagon said it best, there's no better way to spit on your father's grave than to do that Nike commercial.

The only reason it's called golf is because fuck was taken. Say what you want about Tiger's personal "failings." He's the best in the game and his performance this weekend, after 5 months away from competition proved that beyond any doubt. Mickelson came through when needed and deserved the win. But, I thought the contrived drama with his ailing wife, was no better than Tiger's Nike commercial.

And as another golfer (sorry), I was nauseated by the Golf Channel's commentators' sycophancy in the wake of Billy Fucking Payne's pontifications. "He said exactly what needed to be said," etc. To me, as a person who loves the game (sorry), the Masters is a fabulous event. But it is run by fatuous assholes who inspire fear in all the on-screen fatuous assholes "reporting" on the tournament. Cliff Roberts, the first chairman, did the right thing and killed himself. Hootie Fucking Johnson and Billy Fucking Payne should follow his example.

Hey, I golf. Only at public courses, usually the cheapest ones around, too. I wouldn't get within miles of a country club. I do it to get out of the house and get some exercise. I may be better at bowling, but if I admit to bowling, people start thinking I'm from Indiana or Ohio.

That said, the Masters is and always has been a real nauseating spectacle. They just upped it a notch this year.

Thank you, DH, I appreciate it.

I got the "doe-eyed" bit (although I couldn't have told you Margaret Keane to save my life - been a long long time since Sleeper for me), and I got the swoosh, but I never saw the Tiger spot in question so I couldn't get the common thread.

And wikipedia says a Margaret Keane biopic is in the works called (what else?) Big Eyes.

Too bad Woods didn't crawl around the course on his hands and knees begging for forgiveness. Maybe that would have satisfied Hootie and the blowhards. I could give a shit, I didn't marry him (but I would if he asked), I just like to watch him golf. He may well be the best ever. 5 month layoff and ties for 4th? Please. His "oh, fuck" shots are better than anything I ever hit in my life.

The main thing I hate about the Masters is those stupid white coveralls the caddys are all forced to wear. Strikes me as worse than patrician; more like "putting your boy in a white painter's suit so he don't get no uppity ideas."

I have to admit it, I play golf...also at munis...and love it, even though it rarely loves me back. And I was thrilled when Tiger won his first Masters, mostly because I could imagine that southern gentility wannabe twerp, Clifford Roberts, spinning in his grave at the thought of a "Colored" winning his freaking Easter Sunrise Service of a tournament. When Zombie Earl Woods gets through chewing out his son, he needs to do some chewing on Jim Nantz.

a Margaret Keane biopic is in the works called (what else?) Big Eyes.

As our genial host would say, Th' FUCK?