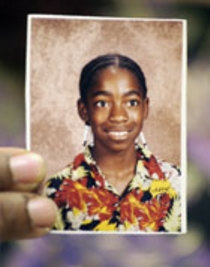 PANAMA CITY -- Attorneys for seven former juvenile boot camp guards who were videotaped manhandling a teenager and a nurse who watched the altercation entered not guilty pleas today on behalf of their clients to manslaughter charges stemming from his death. The seven guards and nurse face up to 30 years in prison if convicted of aggravated manslaughter of a child. Circuit Judge Michael Overstreet also agreed to modify bond conditions for the eight defendants during the brief hearing, allowing them to leave Bay County while the case is pending. The eight worked at the now-closed Bay County sheriff's boot camp in January 2006, when Martin Lee Anderson, 14, collapsed there while doing exercises. The guards said they were trying to revive him, but Anderson's family and others were outraged at the footage showing the boy being kneed and struck. He died a day later.

PONTE VEDRA BEACH -- A medical examiner who performed a disputed autopsy on a teenager who died after an altercation with guards at a Panama City boot camp can continue working under supervision for the rest of his contract, the state Medical Examiner's Commission said Wednesday. The commission unanimously approved a quality-assurance program under which Dr. Barbara Wolf, a medical examiner in Fort Myers, will review all of Dr. Charles Siebert's work.... The commission's review of cases did not include Siebert's findings in the autopsy of 14-year-old Martin Lee Anderson, who died in January 2006 after he was roughed up by guards in a videotaped encounter at a Bay County sheriff's boot camp. Siebert, medical examiner in six Panhandle counties, ruled that the teen's death was caused by natural complications of sickle-cell trait, a genetic blood disorder.... "I'm happy with the outcome," Siebert said. "It's been a difficult year. . . . Politics has played a part in this."

In case you don't remember, don't know, or read the Wikipedia entry, in which case you don't know, Martin Lee Anderson entered the Florida Juvenile Justice System when he went joyriding in his grandmother's Jeep one Sunday after church. He was a passenger; two cousins had taken the vehicle.

He was put on probation. He violated that probation by walking across a school lawn on his way to visit a friend. His parents were given the choice of sending him to Juvenile Detention of one of Florida's boot camps. They chose the boot camp. He survived it for 24 hours.

Innocent until proven guilty. No problem here. The accused can answer to the video and their consciences. A pathologist incompetent enough to be placed under supervision without referencing his finding of "sickle-cell trait" in a detainee who'd been beaten and suffocated? Difficult to imagine, but it is Florida.

Here's who I'd like to ask a question of: all the fat white guys who sat around Jeff Greenfield's table in May of 2001 chortling about how "everybody had a fake ID in college" just like Jenna Bush. And that question is: where the fuck were you when this fourteen-year-old kid got arrested for riding in a Jeep?

I've been following this case (I live in Florida), and it's unreal. It never would have been an issue except that Florida legislators (one a Republican) insisted that the videotape of the beating be released, and talked (at length) about how sickening it was. Oh, how the authorities tried to keep that video under wraps!

This M.E. had been in difficulties before--wrote up an autopsy in which he mentioned the normalcy of the penis, when the body he was examining was... er... female. The family in that case pitched a fit, too. That previous problem was one reason why his "diagnosis" of sickle cell complications came up a loser in the Anderson case.

This state has a definite problem with keeping at-risk children alive and well. But we are oh, so skilled at hiding things.

So thank you for noticing Martin Lee Anderson, Doghouse.