Three Dicks in Search of a Piece 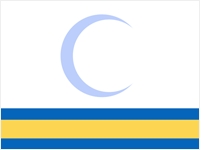 Christopher Hitchens, "The Iraq Jinx: How Bush is blowing our last chance in Iraq" Slate January 16

First off, there's that title: Royal "we", Journalistic "we", or "we" as in George and myself, and by extension all the other warfloggers with our dicks in the dirt? It's not "we" as in "all of us" because many of us in this country had no more voice in the matter than the Iraqis did. My last chance in Iraq ended when Colin Powell went to the UN.

And there's no reason to accept that "last chance" as epistemological. Our last best chance might come from getting the fuck out. But like that President many now feel free to distain or disown, the warfloggers as a group simply refuse to let go of the notion that Iraq's one "chance" is The United States of America.

As for the "Jinx", well, it provides almost as much sick fun as the "New" Iraqi flag that illustrates it (honest to God, there are so many fuckups connected to our little Mesopotamian adventure somebody needs to produce a catalogue. That flag has bounced in and out of my consciousness for three years now):

Turning his [Patrick Cockburn's] pages [The Occupation: War and Resistance in Iraq], I got the feeling that I have sometimes had before: the slightly ridiculous but unshakeable sensation that there is some kind of jinx at work. One strives, in other words, to think of a blunder that could have been made and was not.

And one strives to remember which of them Christopher Hitchens took the administration to task to before the conclusion was undeniable.

This is, in fits and starts, if not the pre-9/11 Hitch then at least one whose monocular vision returns occasionally, long enough to bring up some truth:
under Bush the US has now, in the face of getting caught in the middle of a civil war, has foolishly decided to aid one side (a point lost on most of our punditocracy); the bungled hangings take on more importance for him than Abu Ghraib ever did. But--holy barking spitz!--Clinton's cock makes an appearance in paragraph five (our thanks as always to Roy) followed closely by Bush's "more monogamous, for what that's worth" one. Really, how much more is a monogamous cock worth in Hitchen's world do you think? We know the value of the Democrats' lack of moral courage is considerable, being unsurpassed (because they might vote symbolically against a surge which is all that four years of Republican moral cowardice has left). NATO forces and US Air Force "became the Kosovo Liberation Army", which is supposed to serve as an omen for Iraq, provided one ignores the fact that defending Kosovo was the only way to prevent genocide, while invading Iraq is what has led us to the edge of one.

But it was a weird cautionary tale in the penultimate sentence that grabbed my attention:

In all the recent ignorant burbling about another Vietnam, it ought to have been stressed that there is just one historical parallel worth noting: the early identification of the Kennedy brothers with the Catholic faction in Saigon over the Buddhist one.

The idea behind that sentence is too absurd to even deal with: it's not the competing nit-picked, high-school textbook versions of Vietnam which are the point, but the way in which this war was prosecuted by a faction seeking to rewrite the war's history. Whatever, "the Kennedy brothers identified with the Catholic faction"? That's who we were there propping up. The Buddhists in the South weren't the descendants of the French. We didn't have enough manpower in country during the Buddhist crisis to do anything about it; we continued to rely on the same Viet strongman system that had eliminated every other religious faction (plus the Vietnamese Mafia) which stood in its way. After which we had him eliminated. I'm not even sure what the Kennedys "backing the Buddhists" would have meant. Hitchens seems to have fallen into a bottomless G&T of ethnic binary opposition.

Exactly. Hitchens descent into a Clash of Civilizations buffoon is a puzzle. I wonder if once got shorted a bottle or two by a Muslim store clerk—probably the most serious infraction of the Hitchens code— because I can't imagine how someone who used to write so fluently about the disaster of Vietnam seems to have forgotten it all to play Grand Exalted Jester for the anti-Islamofascist crusade.

My favorite line re: Hitch was something a commenter (I think) wrote somewhere when Woodward revealed that Henry Kissinger was a key advisor to Bush on Iraq. "The sound you just heard was Christopher Hitchen's head hitting the door of his liquor cabinet."

defending Kosovo was the only way to prevent genocide

But because this is "Bush's war" we should pull out and enable a genocide in Iraq?

I don't care who's war it is NOW, or how we got there. I'm just not cool on the genocide enabling thing.