• Posting will be light: 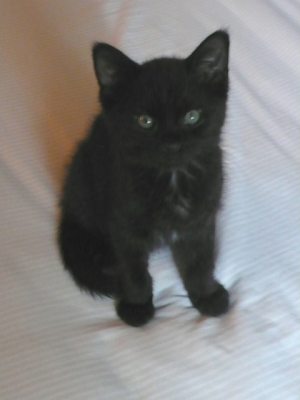 
• Brave Indiana Blogger Doug Masson brings us word of this L.A. Times piece on the ongoing disaster of Daniels & Henchmen's FSSA privatization, as well as word that the operator of the Indiana Toll Road for the next 75 years may be turning belly-up (that's despite tolls having doubled, and being scheduled to increase again July 1).

You can couple that with the fact that Illinois is having an actual debate on the creation of coal gasification plants--which sailed through the Daniels-Statehouse Republican graft trap earlier this year--going so far (at the lobbyists' bidding) as to actually rewrite legislation to protect ratepayers--known to Hoosier Republicans as "Who?", if they're known at all--from astronomical rate increases, and you wind up with Daniels' only positive legacy being the two months people with nothing better to do imagined him running for President.

• Michele Bachmann Is So Smart! Block Captain Dave Weigel defends her getting her John Waynes confused by pulling out some other hack's artificial resuscitation. And in doing so manages to get John Wayne Gacy's hometown wrong.

Bachmann's problem, if we even want to call it that, is that she's been hopelessly defined as a gaffe-machine who flubs silly things.

Well, for one, it sure seemed to be a Problem If We Want To Call It That back when everyone with a Republican media sinecure was trying to debunk it by proclaiming her brilliant by acclamation. So you're not really permitted, ten days later, to pretend you didn't know what was going on. It would also seem to be a bit of a problem if we imagine that a hopeless gaffe-machine shouldn't be identified as such (though it's fine to insist on the opposite against all evidence) simply because she's a Teabagger, and they don't like it. Too fuckin' bad. This is why you shouldn't climb out on a limb that's already been sawn through. Something you learn in a small town, Dave.

Does it matter? Not in the particular, much, except to note that she can't put a campaign staff together capable of keeping her from sounding like an idiot, when that would appear to be Job One. And in a larger sense, yes, because a lot of us ain't gonna buy Michele Bachmann, Intelligent by Fiat. Or Sarah Palin. Or George W. Bush. It's beyond time for one of those declarations to get backed up by some actuality, instead of being shot down within thirty minutes the next time the statesman in question opens his or her mouth. Would this sort of gaffe mean anything if it came from someone who was intellectually qualified to be President? No. And that wouldn't keep Peggy Noonan or David Weigel from making a big fucking deal of it if they chose.

There is no longer a default position of Reasonableness in the national debate. I remind you, in case you've forgotten, that this condition obtains entirely at the whim of the American Right, which has been on the wrong side of rationality for thirty-five years, and richly rewarded for it. If you chose to defend Michele Bachmann's smarts, or Mitch Daniels' effectiveness, or Newt Gingrich's morals you are entirely on your own these days. Be thankful for the twenty minutes when only the knowledgeable realized how full of shit you were, Dave. Y'know, sooner or later a Republican candidate has to stop talking only to Republicans. Y'all've finessed this by limiting yourselves to "swing voters", who are just as gullible but not so ideological. It has not worked. You win elections but accomplish nothing. You keep hoping you can do so, somehow, without dismantling that alternative news universe you've been living in since 1980; this was the attraction of Mitch Daniels' artificial accomplishments. But it doesn't work, and it's never gonna. Bachmann has zero appeal outside of the lunatic fringe that drives your party. Maybe that's enough, God help us. It doesn't mean she's not a lunatic.
Labels: Things I Say Just To Hear Myself Talk
Email ThisBlogThis!Share to TwitterShare to FacebookShare to Pinterest

Ah, but Michele Bachmann is a good looking lunatic and that seems to count for something. I have no idea why and am afraid to speculate.

"Bachmann's problem, if we even want to call it that, is that she's been hopelessly defined as a gaffe-machine who flubs silly things."

Yeah; no. Here's the thing on that: she's absolutely bat-shit fucking insane. And a crazy god-botherer extrordinaire. And a liar. And to the right of Goebbels. And, as near as I can tell, really, really dumb.

So the gaffe thing isn't the real problem. She has no shot at this thing; she's in this to move the goalposts for some finger-quote-reasonable-finger-quote GOPer.

1) Who the fuck thinks she's good-lookin'?

2) Who the fuck cares? And really, can we stop talking about that aspect of female-human-types in national politics?

"Does it matter? Not in the particular, much, except to note that she can't put a campaign staff together capable of keeping her from sounding like an idiot, when that would appear to be Job One."

How in the world can one stop an idiot sounding like an idiot? Education cannot cure an idiot.