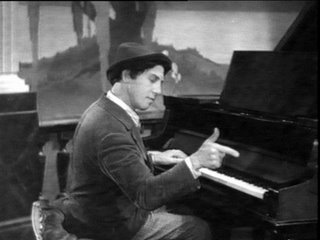 Chico, the compulsive gambler (when asked how much money he'd lost, he replied, "Ask Harpo how much money he's made. That's how much I've lost.") was playing backgammon at Samuel Goldwyn's house. He grew increasingly frustrated by the interruptions from Goldwyn's young son, and Goldwyn's apparent inability to do anything about it. Finally, he got up, took the boy by the hand, and led him off. He returned, and they finished the game in peace.

The best teachers, in my experience, impart information that is Useful.