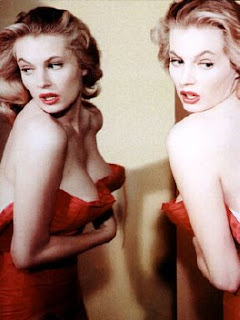 LET'S just tidy up a bit before we make a bigger mess. I have no need to look for inspiration in a President of the United States, and if I felt any I'd re-read Lincoln's letters or FDR's bio. There's not much in life short of great physical pain or severe deficit that's worse than other people's enthusiasms. Of course, in real life one can simply wait for the enthusiast's inevitable comeuppance; even in science and Art effusion loses out to sobriety in the end. The enjoyment of Keats is not affected one whit by Edna St. Vincent Milay remaining in print. Or Jewel.

Anyway, Democrats. If it weren't for Republicans there'd be a bounty on 'em, with apologies to Dan Jenkins. And if there are any left after this week who still imagine Keith Olbermann speaks for them, or anything other than the remarkably distended Ego which is endemic among his tribe, we ought to make an exception. NBC should not be ashamed of itself, only because NBC should have died of embarrassment in 1976 when, in what was then an obviously desperate attempt to latch onto some of that Barbara Walters/News for Monosyllabic Mouth Breathers cachet, but would these days be termed Sound Marketing, it had John Chancellor highlight a segment on the startling link between Marihuana use and gynecomastia. Bear in mind this was 1976; had there been even the most tenuous connection half the male population under thirty would have been walking around looking like Anita Ekberg, and Paul McCartney would have been frequently mistaken for Morganna, the Kissing Bandit. Everything the Peacock's done since then has been a simple waste of oxygen.
Speaking of Brokaw, it's funny how the memory plays tricks; I honestly can't recall either he or Ted Koppel mentioning "kabuki" during the 1984 Republican convention, or complaining of its length or lack of substance. Y'know back when either could have made a difference. Koppel actually said that shorter conventions would leave the networks with extra cash they could spend on coverage of Pakistan! The man needs to be checked for female breast development. This is you in fifteen years, Olbermann. Fuck trans fats, man. Ego kills, and from the top down.

Of course, there's always a Republican there when you need him (and, especially, when you don't) to remind you that while liberals, and the media, and the librulmedia are the improperly handled poultry product and dirty wooden cutting board of the national discourse, there's only one real source of massive E. coli infestation. David Brooks, speaking in what might be described as Late Middle Op-Ed Ebonics:

We must close the book on the bleeding wounds of the old politics of division and sail our ship up a mountain of hope and plant our flag on the sunrise of a thousand tomorrows with an American promise that will never die! For this election isn’t about the past or the present, or even the pluperfect conditional. It’s about the future, and Barack Obama loves the future because that’s where all his accomplishments are.

Honestly. I once stood maybe twenty yards from a horrendous automobile crash. You know the cliché survivors use about everything being eerily quite in the aftermath? It's true. And it had to have been what it sounded like at the Gray Lady after he turned this thing in.

For godsakes. We are barely treading water in the wake of thirty years of Republican control, and those of us lucky enough to have survived to this point are still at imminent risk of being sucked into the vortex or decapitated by flotsam. Were I to ask you what distinction there would be between the imaginary country ruled by David Brooks over that period and the actual one he served as a male cheerleader, what would you answer? And how much of that is due to the Morning in America, One for the Gipper schmaltz it was festooned with? How much is owing to Support Our Troops, Honor Our Lapels, and Just Wait Here, Your Boat'll Be Rising Any Minute? There's nothing wrong with pointing out that the Democratic National Convention just passed was rife with platitude and lousy on specifics, assuming, that is, that Olbermann hasn't been named National Censor while I've been typing. But it's quite another thing to try to pretend that this represents some horrifying break with tradition. I happen to feel that bunting, and faith-based appeals, and promises to Get bin-Laden, And This Time We're Patriotic! are sadly misplaced at best; David Brooks ought to look upon them as a fucking gift from a faith-based Higher Power which did not see fit to have the Democrats stomp him and his party into a puddle, as would befit Omniscience.
Labels: Does The Media Really Need More Than One Neck?
Email ThisBlogThis!Share to TwitterShare to FacebookShare to Pinterest

Did he really say "sail our ship up a mountain of hope"? Talk about mixing your metaphors!

I think it's great that the Times is now publishing really bad blog posts by right-wing high-schoolers. I'd like to see Cap'n Ed, or Ace of Dregs, or even a Van der Loon top this level of funny shit: We must bring together left and right, marinara and carbonara, John and Elizabeth Edwards. On United we stand, on US Airways, there’s a 25-minute delay.

Not since working on my H.S. paper while stoked on Jamaican hash (oh, the tits I had back then!) have I read such sophomore funny. If the Reader's Digest still published wacky citizen humor Brooks could have earned $25 for this thing.

That Brooks' humoroids are published and your stuff isn't is yet another enigma of our decline. I just wish someone had told me that entropy was going to be logarithmic when I still had the liver for binge drinking.

(She's not to be ranked even in the same universe as Keats, but I still like a few of St. V.Millay's bits. Jewel, on the other hand, is no Suzanne Somers.)