Another Astonishing Success Story For The FBI, Eh, Ms Viera? 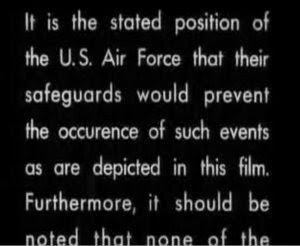 WE'RE loath to do anything that might tarnish this blog's reputation for cool, dispassionate analysis of Today's Issues, but th' fuck if this case hasn't stunk from the start; th' fuck if the administration, The Washington Post, and the Judith Miller-owned New York Times weren't flogging the It's Entirely Possible That Saddam Hussein Did It! routine long after they or anyone else who'd paid attention worthy of the term "scant" could have believed it; and Bruce E. Ivins, lately deceased, was apparently running around the very "defense" labs we had more or less determined were the source of the stuff, able to operate his own unauthorized part-time evidence cleaning service as a sideline.

Don't get me wrong; the fact that Ivins was a suspect, the fact that he's said to have known that criminal charges were about to be filed against him, and the fact that he topped himself, supposedly as a result, do not make him guilty. They do not close the case. And they sure don't answer any gnawing questions about the investigation. By the same token, the fact that once again the Feds can't solve the highest of high-profile cases without stepping on their collective dick (Richard Jewell, anyone?), and they can't seem to suss the motive of murderous right-wing cranks (Eric Rudolph, anyone?), doesn't mean the case would have been solved easily otherwise, or that it was purposely sidetracked.

But then leave us recall that at the time the event was played as an extension of 9/11 by other means. And while 9/11 provided the cover for ill-conceived and criminally executed invasions, still ongoing, plus the recently-butressed repeal of the Fourth Amendment by voice vote and cloakroom deal, our yapping news spaniels just sorta lost interest in the case right around the time it became a dead-solid lock that the source of the anthrax was domestic (and, more than this, domestic government labs which we had insisted to that point did not exist anymore).

There were a finite number of reasonable suspects. They were people with security clearances, meaning they were subject to reexamination or removal. It's one thing to elude detection for longer than we might hope for in such circumstances; it's another to have been hoovering (sorry) up evidence right under the investigation's snout, especially in a case which, at least for public consumption, was part of the New Everlasting War On Terra.

Again, we no more trust news accounts than we do wingnut-tinged demonstrations of middle-aged estrus over the Fed's incredible accomplishments, and we'd never presume to question the inner workings of an investigation even if we did. But there's a minor throbbing in both temples this morning, one which seems to be suggesting that "murderous, terror-dealing unbalanced right-wing extremist sociopath with a security clearance" perhaps does not narrow down the master list quite as much as we'd like.

Ivins' brother, Tom Ivins, who stressed that had not spoken to Bruce since 1985, was not shocked to hear that his brother was accused of making death threats, and he conceded the possibility that Bruce may have been the anthrax mailer.... "He considered himself like a god."

Well, that can get to be annoying, especially in a close relative.

The Common Folk of America intone:

The Ivins fellow sent anthrax (we hear) to a roster of Public Enemies (Dems/media) as defined by R. Limbaugh, thus is related to the person who shot up a Unitarian church, just on a more imaginative scale.

The current media "motive" conclusion appears to be that he (Ivins) wanted to test anti-anthrax meds on civilians (that is, he is quoted as saying that monkeys are an imperfect subject) -- but if this is so, was he on-site w/an antidote at NBC?

This says it all for me: "murderous, terror-dealing unbalanced right-wing extremist sociopath with a security clearance". And here Hollywood keeps showing me how all these security clearance guys only have my best interests at heart.