Adventures in the Pepper Trade 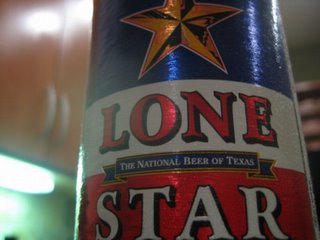 I see your problem right here.

Yes, that reference to Claudine Longet was a deliberate anachronism, though I imagined that some younger readers may have seen Michael O'Donoghue's "Claudine Longet Invitational Ski Tournament."

But so help me, it never occurred to me he'd actually need an alibi, and how it is, in 2006, it still didn't register that nothing whatever about this administration can be contained in the rubric "normal" I simply cannot explain. Likewise, how I can imagine I understand a story before Scotty McClellan has a chance to squeeze a few more turds into the pool; I despair of ever getting the hang of truthiness. I knew about the 18-hour reporting delay, which I figured was intended to keep the news of a hunting accident off the Sunday news shows and their rabid anti-Cheney agenda. So I'm indebted to commenter Puppethead at Firedoglake for pointing out that the Assistant Chickenhawk-in-Chief doesn't hunt; he goes on canned killing expeditions. What a surprise, indeed.

Here's the thing that caught my attention. It's from the Times story about Bush being informed on Saturday:

So why, with the Vice-President and the Secret Service involved, would Karl be getting the details from Mrs. Armstrong?

Answer: he wouldn't. Single explanation: Cheney not only "hunts" caged birds, he's gotta get liquored up in order to enjoy the experience. I do believe we've all come to Casablanca for the waters.
Email ThisBlogThis!Share to TwitterShare to FacebookShare to Pinterest

The "national beer of Texas?" Texas is a nation?

Yeah, why is it that these creeps are completely unable to play anything straight? You know, just lay it out? -sigh- I'm thinking they're half crocked all the time. I'm thinking that's not a bad idea for the rest of us.

Texas was a nation, at one point in its history, and as such this is often emphasized on products of Texan origin. In the interest of full disclosure, I am an ex-patriate Texan, and as such am in full support of Lone Star's logo (although I would have named Shiner Bock instead, myself).

Oh, and Sr. Whittington had himself a (minor) heart attack. "Minor" is in parentheses because, apparently, it depends on who you ask. WaPo headline: "Hunter Shot by Cheney Has Minor Heart Attack"; BBC News headline: "Man Cheney shot has heart attack". I'm not sure there's any actual significance to this, and I haven't read either article (I got the gist from the header), but it is something to ponder.

I am shocked, shocked to find that a new cliche from Casablance is being abused here!

Ordinarily, in my usual caffeinated paranoia, I'd suspect that the whole Cheney incident was a deliberate attempt to keep the rip-off of $65 billion taxpayer dollars for an already bloated energy industry from being the focus of attention on the evening news. But then, that warn't gonna happen anyway.

He did not know the vice president was involved at that time.

So, why in the hell did they tell him?

"Oh, some 72 year old Republican lawyer you don't give a fuck about got shot in a hunting accident in Texas". Then, sotto voice, "Cheney went ape shit again".

And what's with this "pellets lodged in the skin". A couple of news stories later it was "pellets near his heart". This guy has some thick skin.

Dr. Blanchard, the spokesman for the hospital, said the pellet near Mr. Whittington's heart was "5mm" in diameter. That's not pepper, that's buckshot. I'd guess the doctor was wrong about the size. If he wasn't, you have to wonder what the hell was going on down on the Armstrong ranch. Drunks using buckshot to hunt quail? If it was anybody but this vice president, I'd say, "impossible."