What A State To Be In 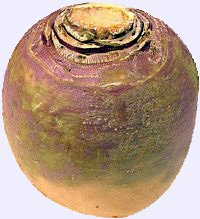 Anybody get the license number of that truck?

At the end of November the U.S. District Court for southern Indiana ruled in favor of the plaintiffs in Hinrichs, et al. v. Bosma. "Bosma" is Brian Bosma, the (need I say it?) Republican Speaker of the Indiana House. At issue was sectarian prayer being read at the opening of House business. In the last session, of the 53 prayers offered at the beginning of business, twenty-nine were specifically offered in the name of Jesus or Our Savior, or God's Son. The tearing point was the performance of one Reverend Brown, whom Bosma reintroduced after his prayer (and the Plejullejunce) to favor the House with his rendition of "Just a Closer Walk With Jesus". Reportedly one Jewish member of the House walked out.

Bosma's reaction was suitable, of course, and a real lesson for all the children out there. He's trying to decide whether to get around the ruling or just ignore it altogether.

Not to miss a photo-op, Archbishop Governor Mitch "Stretch" Daniels called the ruling "regrettable". "Not everything that ought to be should be dictated by a court," Daniels said. Instead, he said, the dispute over overtly Christian prayers in the Indiana House would have been better resolved "by private and voluntary agreement." No word on whether the Guv swapped his Jes' Folks workshirt for a clerical collar for the occasion.

Okay, first, we have a free teeshirt for the tenth caller who can explain what "not everything that ought to be dictated should be" means in English. But beyond that, of course it should have been resolved by voluntary agreement. And could have been easily, by doing a better job of enforcing the guidelines which called for ecumenicism. It wasn't resolved because Bosma wanted to make a political issue of it. Sorta like Mitch:

"I just think it's regrettable," Daniels said. "It's in a long line now of, I think, confusing and sometimes clumsy attempts by the courts to insert themselves into this issue." Daniels, who said he has only read a summary of the 60-page decision, said he believes prayer is "very often appropriate in a country founded on religious principles."

Clumsy and confusing? Well, yes, if by that you mean clear and easily understood, even by the members of your party who want to use the people's house to trample on the rights of individuals for petty political gain. Read the decision, Guv. Hell, even the summary had to make you aware that prayer is still okey-dokey, it's the sectarian part which is illegal.

And frankly, anybody who paid even the slightest attention to the last legislative session has got to conclude that prayer just doesn't do any good. If you ask me we'd be better off opening sessions with some really good doo-wop.

The other big local news--well, it's all secondary to the Colts, of course...which reminds me, will all the professional jock sniffers who've ever pointed out that Peyton Manning "doesn't have a Ring" kindly shut up about the historical importance of an undefeated season?--has been the possible sale of Indianapolis-based regional supermarket operator Marsh Supermarkets, which reported a $3.4 million loss in the second quarter. You'd think from the uproar that people imagined there was about to be a food shortage. The loss was immediately chalked up to Wal-Mart's competitive advantages. There also was considerable teeth gnashing over all of Marsh's charitable works and community involvement.

Somebody enlighten me--does this sort of thing happen in the civilized world? It's been below freezing here for several days and the damn sidewalks are treacherous from the frozen tears. I'll dig a root cellar and can my own vegetables before I'll ever shop at Wal-Mart, but sheesh. Marsh has swallowed up or taken over any number of competitors over the past decade. Where were their front-page headlines?

Okay, full disclosure. One of the major benefactors of the Marsh family is the Republican party, but I'm sure they'll manage. That's not the axe I have to grind. I used to do 90% of my shopping at Marsh, which is the closest grocery to me, but now it's about 50%, because Marsh is in the business of selling eye-level shelf space and door-handle cooler positions to whomever comes up with the best kickbacks and free golf clubs. Shop there for a month and it's obvious. The list of name-brand items which have simply disappeared from their shelves at one point or another is an impressive one. If you ever see a manager in person in my local store (it has five), he or she is busy schmoozing a vendor, not making sure customers are being taken care of. Marsh is a textbook case of how large retailers are really in the business of selling you what they want you to buy instead of providing what you want, while chasing the hot trends they read about in trade mags.

Finally, the whole thing is a sham. Marsh has never competed with Wal-Mart. They advertise service and selection. They actually may have lost $3.4 large last quarter, and they may have actually contracted Wall Street to look for a buyer, but it's not gonna happen overnight, as they well know. It's just curious how our sacred trust in the capitalist system plays out. It's survival of the fittest when they're screwing employees out of wages and benefits, but if Don Marsh can't run his business at a profit suddenly the business section is vilifying the Big Boxes and there's a picture of a weeping statue of the Virgin on the front page. So, bye-bye, Don. Write if you and the twenty-seven little Marshes at company HQ find work. And try to sell to someone competent, okay?
Email ThisBlogThis!Share to TwitterShare to FacebookShare to Pinterest

thanks for the smack down on big don and the marshes. it's appreciated in these parts of the plains, even if your out-of-state readers don't know the details.