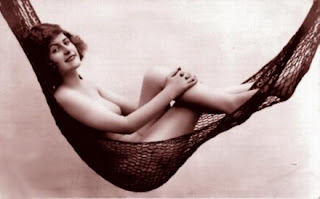 MY Poor Wife's, that is, begins at the close of business Friday. Which means my adjusting to a new posting schedule as all those projects which cannot be approached without her tireless advice-giving get underway.

That is, by the way, a crock of shit so big you'd need help lifting it, as anything left undone around here is from my blue-flame indolence which she's tolerated with superhuman patience and a sense of humor that can only be described as "gallows". It's just that she had this large, important project due which she left until the last minute. This was not entirely her fault, as Indianapolis Public Schools (Motto: "Providing Greater Challenges For Those People Who Might Defend Us In Public") dicked around with her employment again and the whole thing would have been wasted if she'd been transferred. Which, incidentally, would have been illegal under the union contract, not that that sort of thing seems to stop 'em these days. By the way, I love you, honey. More than ever, especially since you started reading the blog.

Anyhow, the project involved a piece of equipment called a "computer", which means I got the opportunity to do it. This, again, is a major crock, but some of you may be aware that My Darling Distaff Side is a member of that large community which learned early on that the more befuddled you appear about technology the more likely it is that someone comes over and does it for you. This is inevitably twinned with the unshakable conviction that this stuff is just ingrained in those other people, who never have to break a sweat at it and are never at a loss for What Magic Button to Push Next.

My wife, from long habit, uses Claris Works, and thank god I finally got her to upgrade last year or the whole project would have been uploaded by telegraph. She had a report, which had to be sent in in triplicate, and she had to append a spreadsheet to it. I, on the other hand, almost never use Claris Works, but I did in the old days, so I was trying to remember what I knew about spreadsheets, and it finally dawned on me the answer was "not much". She, by the way, had no idea how many rows she needed, despite the fact that she actually did know. Just to give you an appreciation for the working conditions.

Telekinesis. It just occurred to me that's how she thinks this stuff works.

So, around the time that I had divined the size of the spreadsheet, I learned, through the arcane mysteries of Reading the Fucking Manual that the current version of Claris Works handles tables. Cool, I sez, without realizing a) this meant nothing whatsoever to my wife and b) I had just tempted fate. I created the requisite-sized table and left her to it. Roughly twenty-minutes later there came a churchmouse squeek from the top of the stairs.

Did I just hear something?

"I've done something and I can't figure out what."

That done something is always Homeric. It's "I must have offended Poseidon, king of the unharvested Sea," never "I typed the damned thing it italics and I don't know how to change it." It turns out I had created the wrong type of table, which information came to me--in the form of the Fucking Online Help, not the smoke of burning bull fat--after two more attempts.

The whole thing had to be sent in (once! twice! thrice!) in Word, RTF, or as a pdf. Okay, no problem. Claris Works'll do a Word file, and we'll also save it to RTF to be on the safe side, and everything goes onto a memory stick so she can take it to school and have her English-teachin' buddy proofread. My work here, as they say is finished.

Except, of course, for the fact that I secretly knew it wasn't and I'm just pretending there was an idyll for the story's sake. I'd neglected to reopen any of the files after I saved them. You can't hide from the Cranes of Ibycus. The table, it turned out, was nowhere to be found. And the best part was that she returned with a boatload of helpful suggestions, all of which, of course, come from people with no Mac knowledge whatsoever (the canny Macuser may have already spotted my mistake despite the skeletal description), and nothing beats the experience of getting garbled misinformation direct from the person who would still be staring at a blank page if it weren't for you. I was into hour #2, and had just learned that saving graphic elements in an RT file transforms it into an RTFD ("please select a new name") when it suddenly dawned on me that for the past five years or so I've been able to create a .pdf through the Print command. Which worked like the blood of a blemish-free ox.

The moral of this story being You, Too, Will Succumb To Old Age, If You Live That Long.

Oh, and I've taken up yoga again. After taking a break for the last four decades.

So I'm not sure how the posting schedule will play out in the short term, but I'm sure any lack of quantity will be matched by quality. And I've just made the belated acquaintance of Larry Schweikart, prominent Freeper and Professor of History, co-author of A Patriot's History of the United States, which from what I could tell from a quick once over at Barnes & Noble is a sort of Lies My Teacher Told Me, except with an Evil Spock goatee. Larry thinks the American Indian has been coasting on his good press for too long. Should make The Reagan Diaries read like non-fiction. And if things continue as they have, later on this summer I'll be confessing to having beaten my neighbors to death with their outdoor speakers. Woo-hooo! Watch this space!

Labels: Cryptoporn
Email ThisBlogThis!Share to TwitterShare to FacebookShare to Pinterest

Speakers are heavy. Go for the weed-whacker. Less message, but easier on the back.

My partner doesn't read my blog because "Like I have to go out of my way to find out what you thnk about shit". My partner is also a Books-on-Tape fan, which may tend to explain some things.

Nontheless, may I express solidarity with your technohesitant wife, because a little partially-feigned bafflement gets my partner to solve my problems for me, too. I wasn't aware it was telekenesis, to be honest I just thought that since computers are, you know, my partner's *job*...

By the way, I love you, honey. More than ever, especially since you started reading the blog.

Ahhh. I was wondering about that abrupt change of tone in the second graf. Great. Now I'm going to have to start putting my pants on before I read this blog.

My dear husband has the help commands down pat. They start with him saying "honey, can you come look at this." Undoubtedly this is payback for him setting up the stereos and speakers every damn time we've moved.


How the heck did you find an operational Mac that wouldn't just barf when asked to run software from 1992?

Ah yes, "A Patriot's History". As an actual historian I also stood in a book store and only the fact that I would have had to pay for the damn thing if I damaged it kept me from throwing it across the room. Should be a huge favorite with the homeschoolers very soon I'm sure.

Jeebus. This post and its comments have made me wonder, for the first time in a long time, if having a spouse or partner or live-in co-conspirator (IOW, "flying united") mightn't be a bit of fun sometimes, rather than the unmitigated hell I've typically imagined it to be.

Honey, do you know anything about how to construct a whole new belief system? And, like, where we keep the nails and those nail-pounding mallet things? Sweetie?