Another Pleasant Valley Sunday: The Preamble 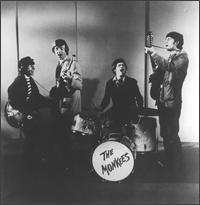 You realize this means War!

I had to swipe this from s.z., not because she hasn't already dispensed with it, but because the brackish swamp of Midge Decter's mind sort of completes our canoe trip through Sixties revisionism. In fact, this thing is a veritable cornucopia of rotting vegetation.

As the inimitable mistress of World O'Crap noted, this is one of the wackiest reads of the year, and since I'm running behind I'm splitting it into two parts.

Given the choice, I would much rather talk about America’s military wars of the past century. For with only one exception (well, maybe two exceptions, one of them minor and inconsequential), these wars have brought great good to millions upon millions of differ­ent peoples around the globe. Think about it: Never has a nation played so benign a role in the world.

The one truly glaring exception to this record, of course, is Vietnam. And we know how and why the United States failed in Vietnam: First, the war was entered into with the kind of high-school bravado that characterized the Kennedy Administration’s foreign policy. It was continued uncertainly, though vastly expanded, by Lyndon Johnson. And finally, for Nixon, conducting the war in Vietnam became pri­marily a strategy for getting out of that poor beset country with at least a shred of honor.

Well, hmm. Kennedy didn't do anything that Eisenhower hadn't already done: send "advisors" to help prop up a government that would have been voted out of office in 1956 if we hadn't blocked the elections. I don't know what justifies saying Johnson conducted the war "uncertainly"; he gave Abrams, and later Westmoreland, everything they asked for until, at the 500,000 troop mark it was plain to everyone the war was lost. The attempt to give Nixon a free pass is just plain laughable, or would be if the whole Vietnam Mind Eraser weren't still costing American lives. The Right loves to try to pin the killing fields of the Khmer Rouge on the US withdrawl, but if there's a proximate US action that was responsible it was Nixon's flubbed Cambodian invasion.

Of course, we know why Johnson and Nixon were unable to turn Vietnam into an honorable and ultimately beneficial military undertaking: not because of what was happening in Vietnam itself but because of the hostilities back here in the Unit­ed States.

Actually, it was because of what happened in Vietnam; saying otherwise is historical illiteracy. One of s.z.'s commenters asked why we couldn't have a political discussion in this country without the V-word popping up. Well, here's your reason. Because a large segment of the population simply will not accept the reality of that war. To them, the United States was too powerful militarily to be defeated. So we've heard for decades that we "weren't allowed to win", an apparent complaint that we refused to use nuclear weapons or were unwilling to risk conflict with one or both of the nuclear powers in the region. It's the Dodgeball theory of war: both sides line up facing each other and fire away. But that model died once and for all at Waterloo, if indeed it lasted that long.

Just as the Vietnam Denial Syndrome requires ignoring the military, political, and economic realities of the conflict, the insistence that "we could have won" ignores the costs. Even if we could have obliterated the Vietnamese with military impunity, could we have obtained a Congressional declaration to do so? On what grounds? Saying "the war was lost at home" ignores the military facts, but it also ignores the fact that public disapproval of the war was the only referendum available when our elected representatives turn over conduct of a war to a President who is not directly answerable to the people.

You'll note that Iraq is the same. You'll note that the very same people were convinced that all that was required for American victory was American will. Even while our adventure in Iraq was turning south they were rattling their sabres at Syria and Iran and moving non-existent battalions across their maps. Iraq is the ultimate refutation of their Vietnam fantasies. We could have learned the lesson the first time.

TOMORROW: How those privileged draft-dodgers ruined everything else while they were at it.
Email ThisBlogThis!Share to TwitterShare to FacebookShare to Pinterest

Mr. Riley, I muchly appreciate you doing a historical, knowledge-based critique of Midge's work, because while I could immediately appreciate its wackiness, I lacked the will to defeat it, since I had been undermined by hippies.

I am really looking forward to part two!

Shorter GOP version of 'nam: If it weren't for the military, political, and economic realities of the conflict we could have won.

May I have your permission to attribute this idea to you?