I Have Not Yet Begun To Nitpick! 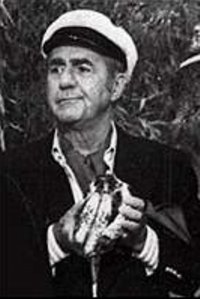 I've had a long week, one which is partly explained by one of the four or five unfinished posts sitting on my desktop, so forgive me for the delay in mentioning The Good Roger Ailes' textbook job of Crossing the T on "Captain Ed", hauling in her colors, and probably necessitating a quick change of breeches. Our English language is chock-a-block with 18th century sailing terms there, Ed. "Pricked and primed" and "touch hole" being just two examples.

It's worth a recap, and probably a Koufax:

1. The "Captain" decides to take a potshot at Kos for daring to quote Patrick Henry. In "Patrick Henry's Dirty Little Secret", Ed reveals that Henry was a chickenhawk! He never served in the Revolution!

2. In response, Ailes relays the story of the Gunpowder Incident, which began on April 20, 1775, in which Henry led the Hanover militia, the first colonists to arrive on the scene.

3. Ed replies with an UPDATE, acknowledging the error while simultaneously warping from the 18th century to the 21st, where the truth is more amenable to willful distortion:

Roger Ailes and CQ reader Duckman rightly point out that Patrick Henry did take part in one engagement, a raid to secure powder a few days after Lexington in May 1775 -- before he received his commission, in fact. Mea culpa. However -- and this is my point -- Patrick Henry's worth to the American Revolution has little or nothing to do with this one uncontested military effort on Henry's part. If that qualifies Henry as a hero in Kos' eyes, then why wouldn't flying two years of defense missions in a notoriously unreliable jet protecting the homeland qualify as well? Especially since the latter person requested a transfer to combat while the former resigned his commission just as the war started to heat up? Rather than "denigrating" Henry, as Duckman says I did, I pointed out that Henry's greatness had nothing to do with whether he served in a combat position at any point in his life, but in the work he did to push for the creation of this nation of freedom and liberty. He used his best skills to the fullest extent to perform great work. That isn't validated by his presence at one single engagement just as it isn't invalidated by his resignation of his commission after the war started -- as I argued.

The nitpickers get one fact right (and I got one wrong, of course) while managing to miss the entire point. Debating war policy based on the worthiness of one's prior service to the nation is a stupid, juvenile exercise, very much akin to measuring genitalia to determine manliness. Try focusing on the policy itself rather than the military experience of those who debate it. [Italics in original]

The Henry canard has been around forever. It has nothing whatever to do with any "chickenhawk" business; the Gunpowder Incident, and Henry's part in it, is widely known to anyone whose knowledge of the history of the Revolution runs deeper than our egregious high school texts. Rather, there are those who comment pointedly on the apparent contradiction between Henry's reputation as a revolutionary firebrand and his remaining as Governor of Virginia rather than taking the field during the war.

The idea undoubtedly does violence to the difference between 18th century warfare and that of the modern era. Henry took the lead in raising the militia that one month after the incident would help overthrow the Royal Governor. He was instrumental in raising militias throughout the war--something which meant "at personal expense" in those days. And as a revolutionary leader he certainly stood to be hanged if captured by the British.

But whatever the case of Henry's personal involvement, the Cap'n fouls his own lines in response. Nitpicking is a pathetic enough when your entire argument was resting on that particular nit, but the wise course would be to at least do a little reading before opening your mouth again, especially after you called your opponent's understanding of American history "facile". Henry wasn't "uncontested" at Williamsburg; the Royal Navy was in the harbor, and Governor Dunmore was threatening to destroy the city and Yorktown.

It's also wise not to accuse said nitpickers of "missing the point" and thus draw attention to the fact that you're trying to change it.

It's obvious a little further history can't hurt, so let's examine Chickenhawk, shall we? Its popularity traces to Al Franken's Rush Limbaugh Is A Big Fat Idiot And Other Observations, which took Limbaugh to task for his ever-changing (and never accurate) explanation for his failure to serve in the Vietnam War despite his outspoken support for it since. Franken goes on to name several leading Republicans of the day (1996) who also claimed both deferments and their support: Phil Gramm, George Will, Pat Buchanan, and Newt Gingrich, and added Dan Quayle, who got a coveted slot in the Indiana National Guard thanks to his father's string pulling.

As such that is, and remains, a sort of Patrick Henry argument, although none of the above approached Henry's involvement. It points to a certain, let's say, disconnect between the words and deeds. It raises questions about character. And it became something of a cottage industry afterwards, especially seeing how it's practically impossible to find a real veteran among administration warfloggers.

But it has nothing whatsoever to do with the idea that the military shouldn't be subject to civilian review if those civilians lacked combat experience. Franken was writing while Clinton was President, fer chrissakes.

And then 9/11 changed everything, but some things more than others. Facing a war between Civilization and Chaos apparently required more of us rhetorically and less of us in terms of personal sacrifice than wars of older, reality-based centuries. And Iraq (and the shameless attacks on politicians who actually did serve), put matters in an entirely new light: now the hawkishness preceeded the refusal to serve, and as our manpower shortage became so acute that even the Fighting 101st Keyboarders™ could no longer wish it away, the question, "Why aren't you in uniform?" became rather pointed. Some, like many of the Kippie Chickenhawk of the Year nominees, have better things to do. Others, like the Cap'n and VBen Shapiro have resorted to PsyOps. It's a fitting regiment for those for whom missing the point is something of a cri de guerre, if you'll pardon my French.
Email ThisBlogThis!Share to TwitterShare to FacebookShare to Pinterest