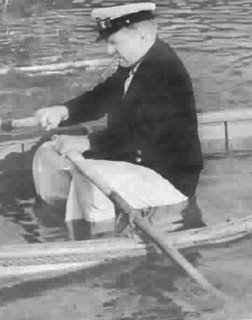 My favorite Fields story is said to be apocryphal, but that doesn't stop us at BLTR. As Fields lay dying, fading in and out of consciousness, he opened his eyes and croaked to his gathered friends, "The little newsies...sole support of their mothers...working in all sorts of weather...I'd like to do something for them."

"That's very nice, Bill," replied one, and Fields closed his eyes and sank back into his pillow. All was quiet for a moment, til he opened his eyes again and said, "On second thought, fuck 'em."
Email ThisBlogThis!Share to TwitterShare to FacebookShare to Pinterest

I was to Philadelphia once. It was closed. Hmm, your story is better.

fields was having a libation. a woman said to him, "don't you think you've had too much to drink?"

he took a drink and tasted no liquor.

"who put lemonade in my lemonade?
he asked.

Never heard that one!